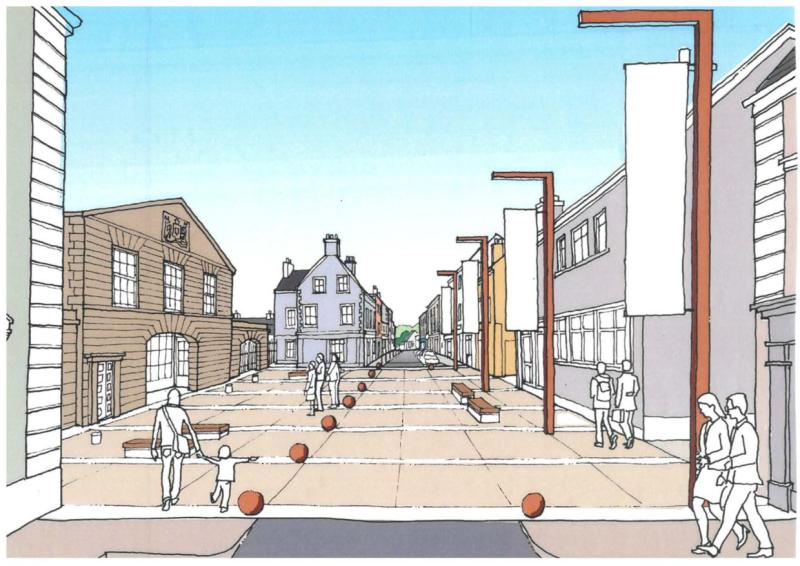 Cllr Felim Gurn has said a discussion on traffic needs to be held for Manorhamilton “before the end of the year”.
The comments came after a discussion highlighting safety concerns for pedestrians trying to cross the bridge beside the former courthouse in Manorhamilton.
At the March Manorhamilton MD meeting, Cllr Gurn said that “The level of traffic coming in and out of the new car park and the Court House car park as well as traffic coming from Amorset and Lurgaboy, have left it dangerous for pedestrians trying to get across the bridge beside the Courthouse.
“The footbridge adjacent to the Courthouse Bridge needs to be completed, whether it is an issue with taking in charge of the adjacent housing estate or an issue with storage units underneath the footbridge, these issues need to be addressed for the safety and well-being of pedestrians before someone is hit by vehicular traffic,” pointed out the Independent councillor.
“Surely the well-being of pedestrians takes precedence over any issue mentioned above and I ask the District Engineer to review the situation with the bridge and the footbridge as soon as possible,” he said in conclusion.
Cllr Frank Dolan agreed that something needed to be done to address this problem noting that “the current setup at the bridge is dangerous for pedestrians”.
District Engineer, Sean Rynn pointed out that "Leitrim County Council did not receive any funding from the National Transport Association (NTA) in 2022 to progress this project but it remains on the project list for potential future funding.
“In the meantime, Leitrim County Council along with our solicitor are trying to establish the necessary wayleaves to facilitate this important development.”
He also said there are plans to revisit the town's traffic management plan after the works on the public realm are completed in the town centre.