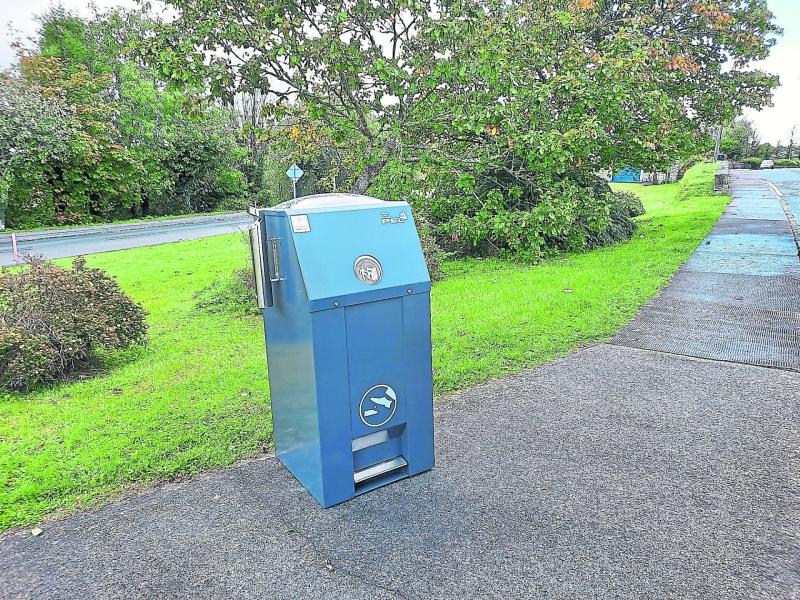 Leitrim County Council is being urged to purchase more solar bins for North Leitirm as the current public bin provision is not adequate.
Cllr Mary Bohan highlighted the need for additional bins at the last Manorhamitlon MD meeting. She said she understood why some bins had previously been removed from towns and villages but urged the Council to reconsider noting that littering was a problem.
"I know that in some areas the bins were removed because people were dumping their household rubbish in them and there were other areas where crows were getting in and flittering the rubbish about," she said.
"But, is it possible to have some bins reinstated, especially in Drumkeerin, even if it is on a trial basis?"
She noted that the school students were coming down the village during lunch and there was nowhere for them to dispose of their rubbish if they purchased items in shops.
A written response from the Council acknowledged that several litter bins have been removed in the past.
“Prior to removal these bins were monitored, and it was noted that their contents was household waste and not street litter,” noted the response.
“Other bin locations have also been noted to contain house waste. If this continues, these bins will also have to be removed.
“Where the bins were removed, will be monitored to identify if a street litter problem is emerging.
“Traditional waste bins have also been replaced with solar powered compactible bins in different locations. These new bins (solar bins) are better for monitoring, have pedals for hands-free opening and flaps that keep out birds and rodents.”
It was noted that solar bins are a costly purchase for the local authority, however Cllr Bohan asked that the matter be revisited by the Council.