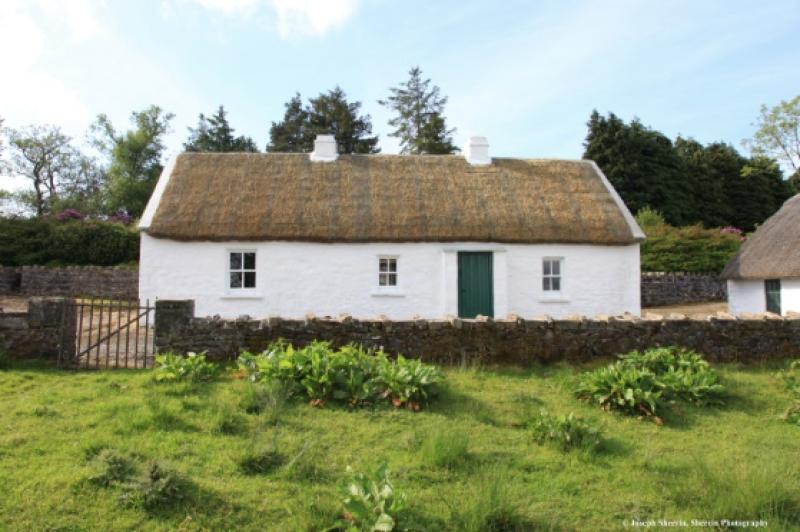 North Leitrim councillors are calling on the Office of Public Works (OPW) to look at installing permanent public toilets at Sean MacDiarmada's homestead near Kiltyclogher.
Noting the growing number of tourists visiting the childhood home of the proclamation signatory, Cllr Sean McDermott said that it was “very important” that proper toilet facilities are in place.
He noted that previously portaloos had been provided at the site but added that these had been removed, “possibly during lockdown” and they have not been replaced.
“This is urgent, to be honest, I am seeing buses going to it now and a solution needs to be found urgently,” he told the Manorhamilton Municipal District meeting this week.
Cllr Felim Gurn backed his call noting that the use of portaloos will work in the short term but funding should also be sought for permanent toilet facilities.
Cllr Padraig Fallon said the Council should put pressure on the OPW to provide toilet facilities in the short and long term at the cottage.
He said that there had been big crowds at the MacDiarmada commemoration service last Sunday.
“At least half of those at the commemoration went on to the cottage. There are huge numbers of tourists coming to this cottage again now that the lockdowns have been lifted,” he noted.
Cathaoirleach of Manorhamilton MD, Cllr Justin Warnock, asked that the matter of providing temporary toilets be dealt with as quickly as possible.
“This is something that is needed straight away,” he said.
District engineer, Sean Rynn said that he understood that portaloo facilities had been provided at the site in 2016 - during the centennial year of the Rising - but said that he was unaware any further supply of portaloo facilities at the cottage beyond this.
However councillors said that they saw portaloos at the site acknowledging that “some time during the pandemic, these were removed”.
Mr Rynn said that the Council has spoken with the OPW about the provision of toilet facilities.
Cllr McDermott pointed out that the MacDiarmada Summer School is going to be launched on May 23 and stressed the importance of getting, at the very least, temporary toilet facilities, at the cottage, in place before this.