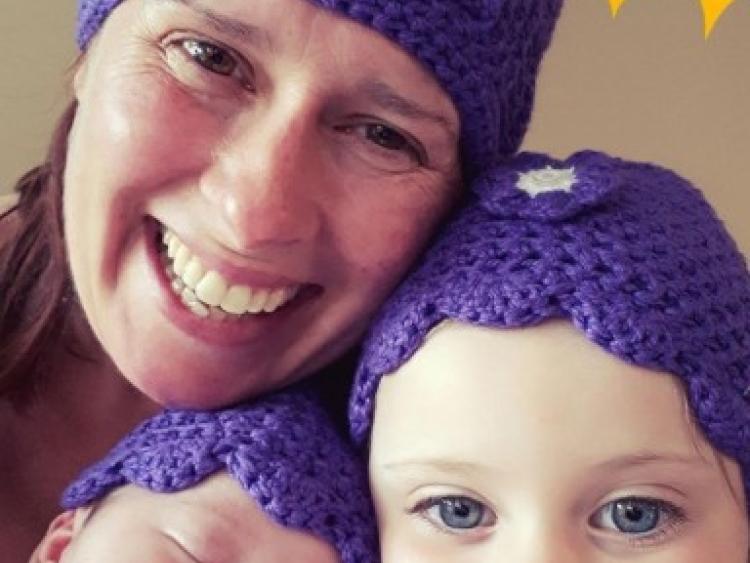 Carmel with her two beautiful daughters, Sophie and Ruby

Carmel Cunninghan was diagnosed with breast cancer in the later stages of her pregnancy in February last year and further tests at the time revealed the cancer has spread and was at stage four.
She is a daughter of John and Mary Cunningham Lough Erill.
Since then she has been receiving tretament but took time out to write to the Leitrim Observer to thank everyone who has been hosting events to support her and her children and to thanks all those who have sent her messages during this tough time.
Carmel wrote: “I would like to thank everyone involved in the fundraising. As there was so many people involved, it would be impossible to name everyone.
“Firstly I would like to thank my cousin Henry Faughnan Jnr. for setting up the Go Fund Me page and all the people that contributed so generously.
“I would like to thank the committee for organizing all the events, all who sponsored prizes and sold and bought tickets for the Quiz Night, the Fire Station, Bingo, Clobber, T. Party, Running club, Karaoke, M and M Deli bar and Beirne's Fittest Family.
“I would also like to thank the Brandywell, Cox's Steakhouse, Beirne's Bar and Restaurant and Spirit Bar, Mohill for hosting some of the events and all the staff, musicians and DJs and food supplied on each night and finally on behalf on my family, my parents, brother and sister, we would like to thank all the neighboring communitees for their generosity and support. As for my health, I am responding well to treatment. So far, so good. Wishing you all health and happiness and thank you.”