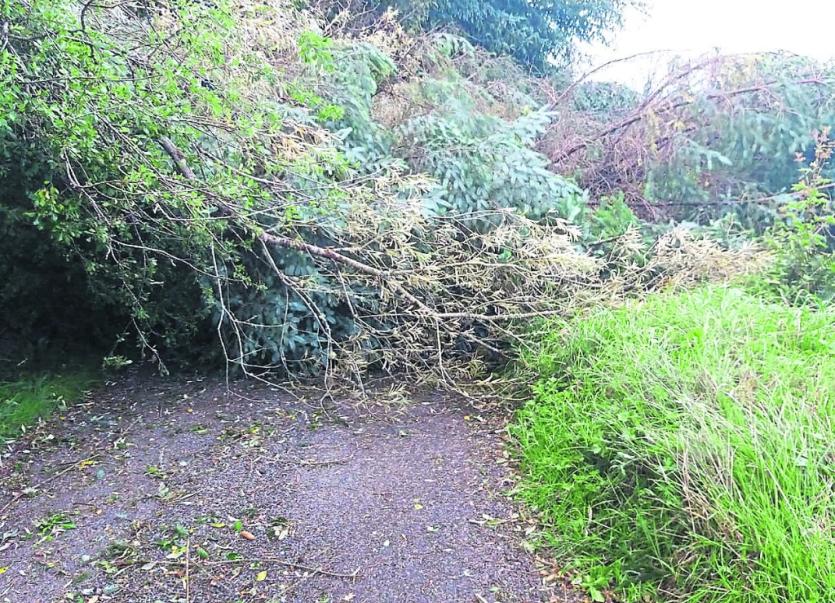 While many homes were inconvenienced by Storm Ali last week, none were as badly affected as two families stranded by fallen trees for days outside of Mohill.

Two families had to stay with relatives as the road was blocked from both sides to their houses from Wednesday to Friday last week. 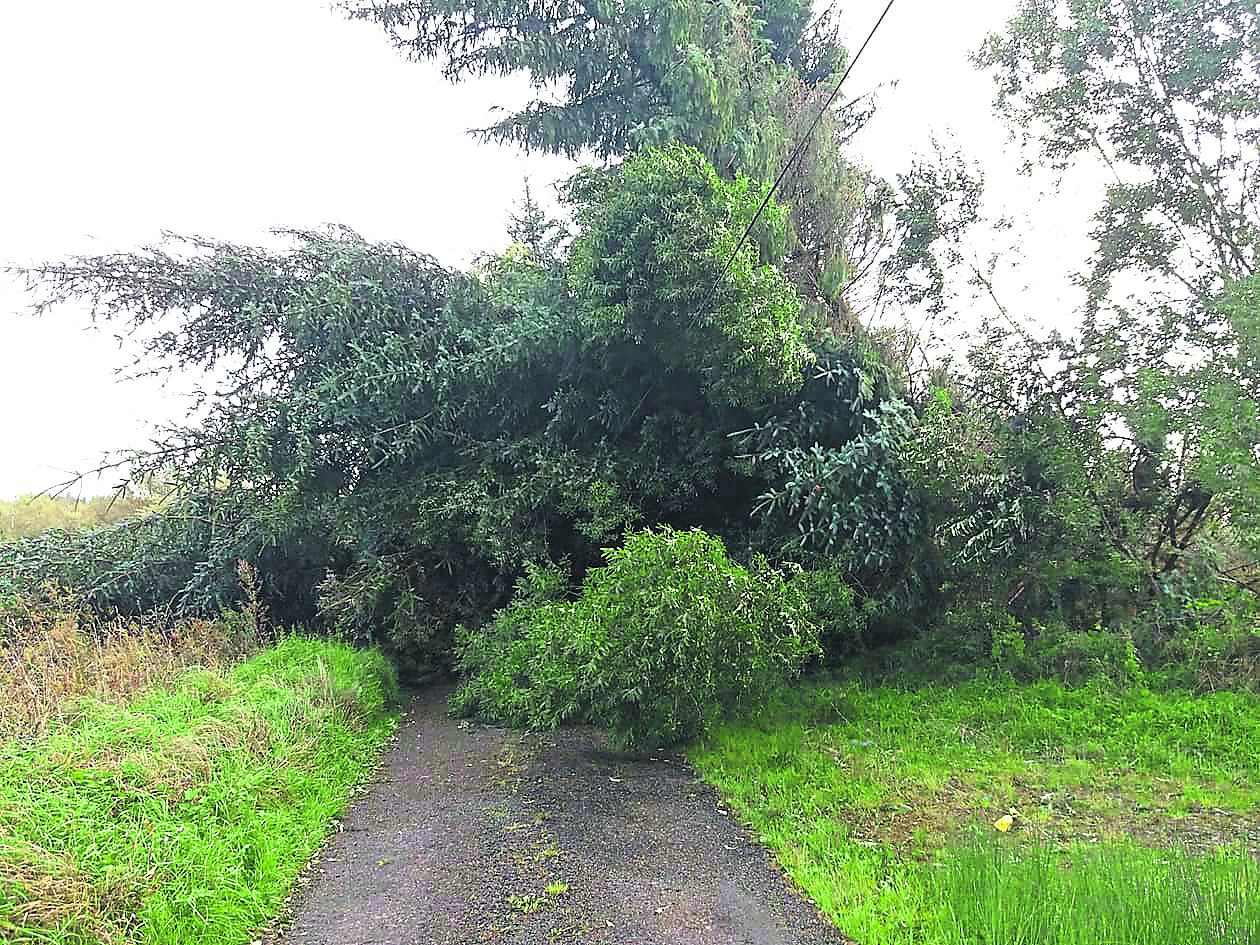 Up to 50 trees fell from a private forest, blocking both exits for two houses at Drumnid and Stragarn, Gorvagh. According to Cllr Brendan Barry “Children had to cross drains full of water, ditches and fields to get home.”

The Mohill side was only cleared Friday evening, but the other road was left until this week.

The same issues occurred during the last storm and the Councillor predicted it will happen again in the next storm.

Cllr Séadhna Logan said residents were “isolated and cut off.” He stated trees remained strewn across this road for a number of days “as agreement and cooperation between the council and the forestry management company was required to remove and clear the road.” 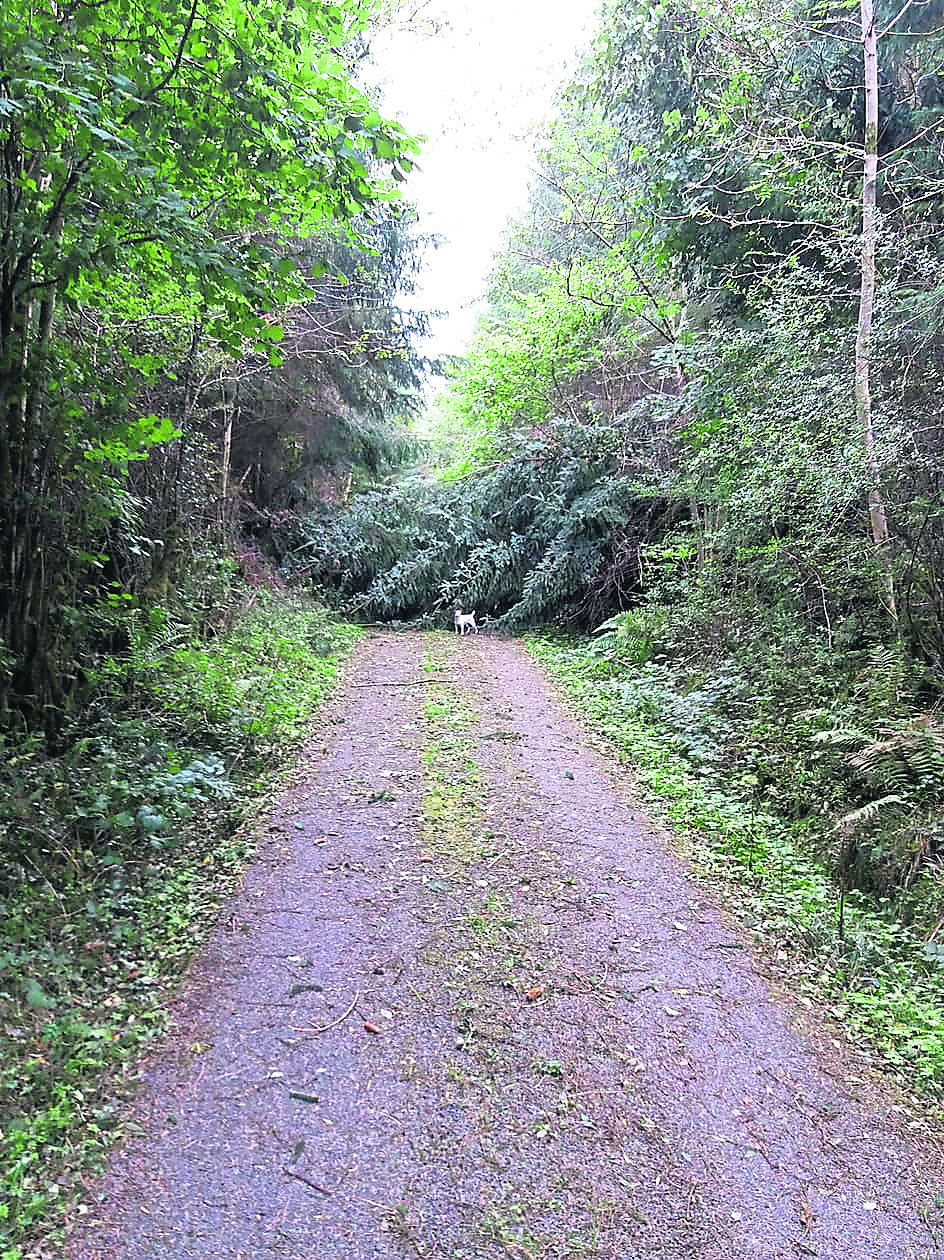 Cllr Logan said Sinn Féin and local campaigners on the forestry issue, have long been highlighting the under-regulation of the forestry industry. “Our concerns are primarily but not limited to the insufficient set backs of forestry from roadsides, insufficient firebreaks on forestry sites, and a lack of clarity and responsibility when private forestry blocks public access on roads after storms.” 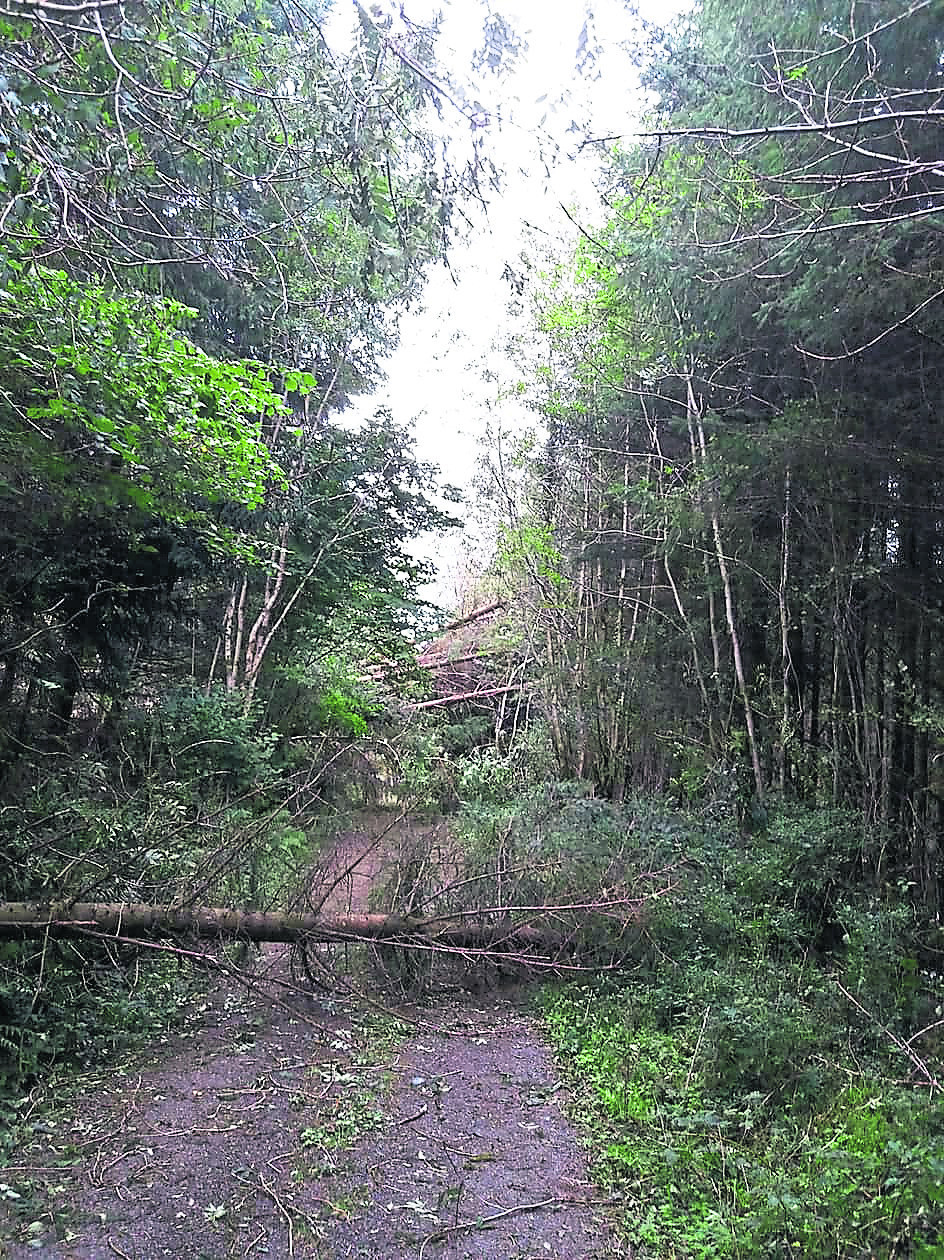 “The reality is, God forbid, there was a tragedy or medical emergency in any of the houses on that road, no ambulance or fire crew would have been able to reach the residents, while the road had to be cleared,” he commented.

People's lives are at risk due to overhanging trees