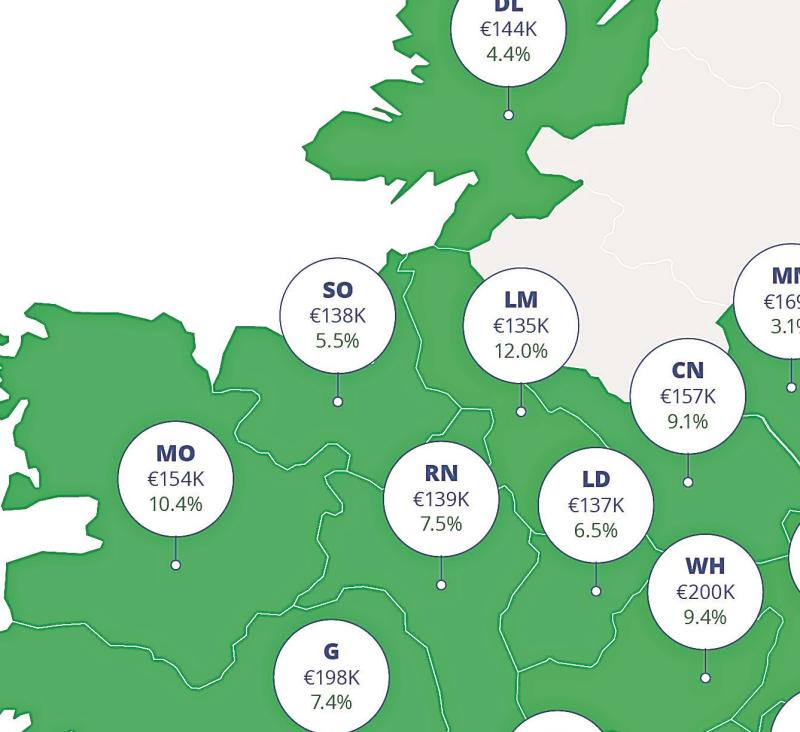 Housing prices nationally rose by 5.5% during 2018, according to the latest House Price Report released by property website, daft.ie.

The average price nationwide in the final quarter of the year was €254,000, down 1.1% on the figure for the third quarter. 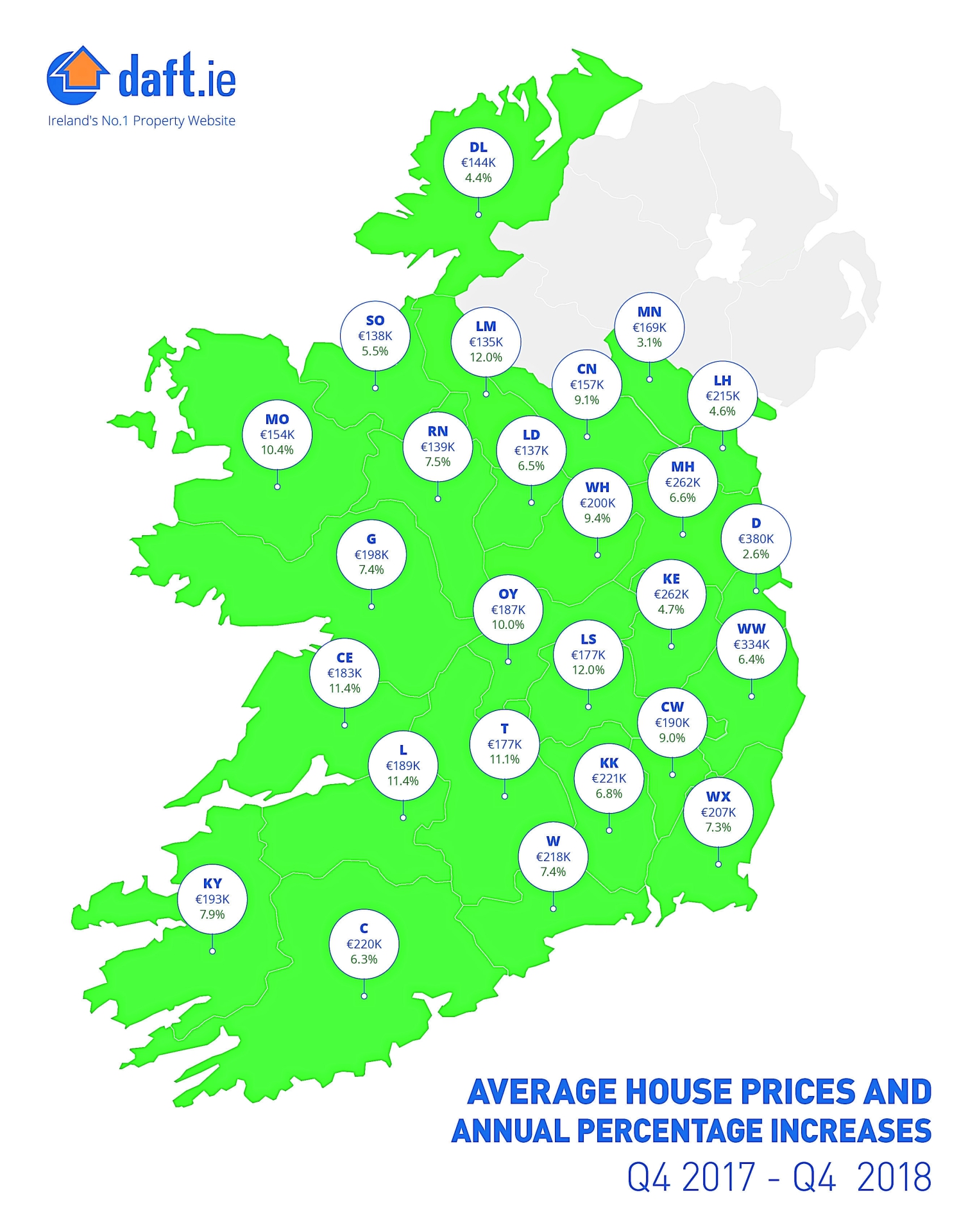 This is the first year-end increase in availability in a decade. Whereas earlier in the year the increase was being driven entirely by Dublin – where availability is up 40% – better availability has now spread to other parts of the country, including other cities, and the rest of Leinster and Munster.

Commenting on the figures, Martin Clancy from Daft.ie said, “Interest and demand in the property market continues to grow. We are now seeing over 1,000 property searches taking place every minute on Daft.ie.”