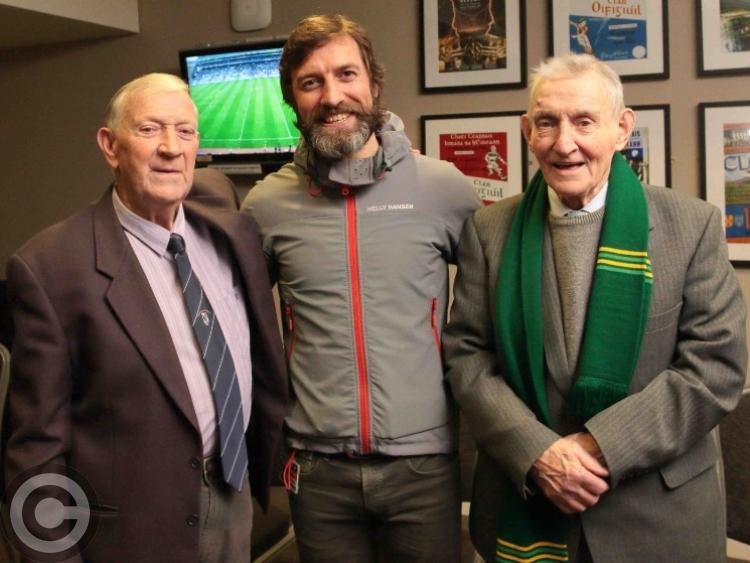 Members of both the Leitrim and Derry teams who contested the 1959 national league semi-finals were special guests in Croke Park last Saturday.

Among the Leitrim greats invited for a special dinner in Croke Park, sponsored by Mike Carty of Aughavas and Rosie O'Grady's of New York, were Pakie McGarty, Cathal Flynn, Columba Cryan, Seamus Brogan, Fr Tommy Greenan and Liam Foran while Derry were represented by Colm Mulholland and Hugh Francis Cribben.