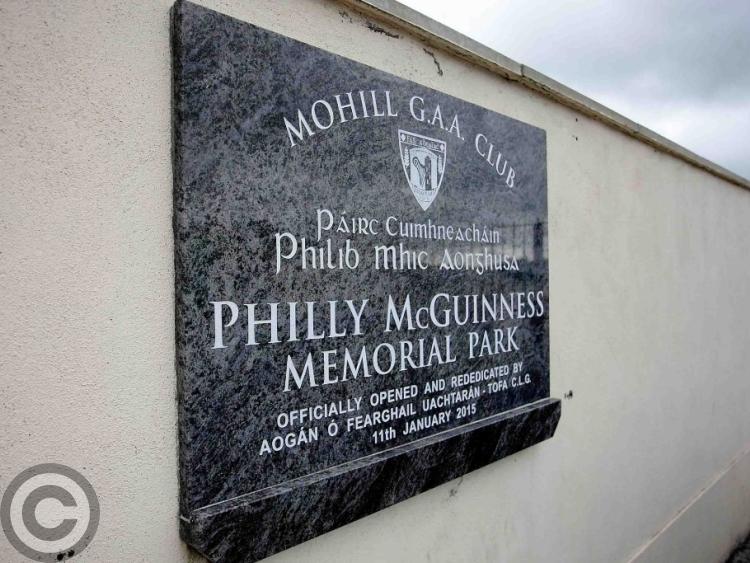 The legacy of former Mohill and Leitrim star, the late Philly McGuinness was honoured this year by the decision of the GAA to name the new U20 inter-county Development League in his memory.

Philly was a shining star for Mohill and Leitrim and in his short life won every underage title imaginable with his beloved Mohill. He played at every level for his county and was a regular on the Leitrim Senior team until his death in 2010.

In January 2015 Mohill GAA Park was re-dedicated to the legacy of Philly.

The feats of Philly are still fondly remembered in Mohill but especially in the hearts of his mother Phil and his two brothers John and Michael.

On Saturday next the final of the League will be held in Mohill’s Pairc Philib Mhic Aonghusa when Sligo take on Tyrone at 3pm.