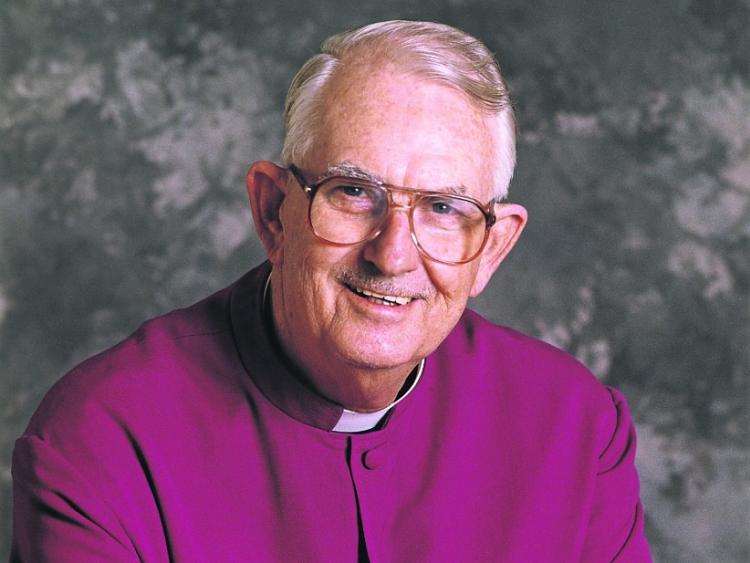 At a time when the plight of Hispanic migrant workers is constantly in the news with President Donald Trump’s controversial immigration policies, the migrant rights movement lost one of its greatest advocates with the death of Roscommon priest Monsignor Sean Flanagan at Reseda, Los Angeles in the United States of America on May 7, 2019.

The son of Joe Flanagan from Cornashamsogue, Drumshanbo and Mary Kate Gallagher from Kiltubrid, Sean Flanagan was born on May 11, 1935 and educated at St Nathy’s College, Ballaghaderreen and St Kieran’s Seminary in Kilkenny where he was ordained in 1959.

Following ordination, he was posted to the diocese of Los Angeles, where he ministered for over 50 years, and where he was a keen advocate of the migrant rights movement.

While Sean was reared for much of his life in Ballaghaderreen, where his father served as a Garda, he never forgot his Leitrim roots, and was a regular visitor to his cousins the Murray’s and Mulvey’s in Drumshanbo, the Gallagher’s in Kiltubrid and the McGarty’s in Mohill.

His interest in the rights of migrant workers began while he studied a Master’s degree in History at Loyola Marymount University, and wrote his thesis on the Catholic Church’s involvement in labour movements.

Throughout the 1960s and 1970s, the farm labour environment in California was dangerous and often violent as labour activists were fighting against the wealthy of the large grape farms in support of the rights of poor illiterate farm workers.

His academic work spilled over to his real life when the Diocese of Los Angeles appointed him to mediate between legendary union leader Cesar Chavez’s United Farm Workers and the grape growers. Father Sean and Chavez became close friends, and the Irish priest was a regular participant in pickets, protests and demonstrations for the rights of migrant workers.

In the spirit of Indian leader Mahatma Gandhi and US civil rights leader Dr Martin Luther King, Chavez used non-violent protests such as hunger strikes to protest against the injustice and violence inflicted on the vulnerable migrant farm workers. Sean remained with Chavez during several of his hunger strikes as a source of prayer, support and comfort. His work with the underprivileged was recognised by his elevation to the status of Monsignor by Pope John Paul II in 1999.

Sean spent the majority of his ministry as parish priest at St Catherine of Siena in Reseda, a suburb of Los Angeles from 1981 to 2002. It was while in Reseda, that he pioneered the introduction of Spanish masses for the growing Hispanic community in the Los Angeles area, and appointed Hispanic priests to his parish.

He then moved to St Bartholomew at Long Beach where he also served as Chaplain to the Long Beach Fire Department.

While Sean retired from active ministry in 2013 following fifty four years as a priest, he remained active in the migrant rights movement and remained an advocate for all migrants and immigrants to the United States.

In a tribute to Monsignor Flanagan at his retirement mass, Cardinal Roger Mahoney recalled that “Jesus was always found with the ‘wrong people’ - the poor, the lepers, the tax collectors - and that’s where you were found as well”.

Cesar Chavez never forgot his old friend, as he appeared as a surprise guest at the retirement mass where he performed one of the readings.

Monsignor Flanagan was pre-deceased by his father Joe, his mother Mary Kate, his step-mother Winifred (nee Freyne) and his brother Vincent.