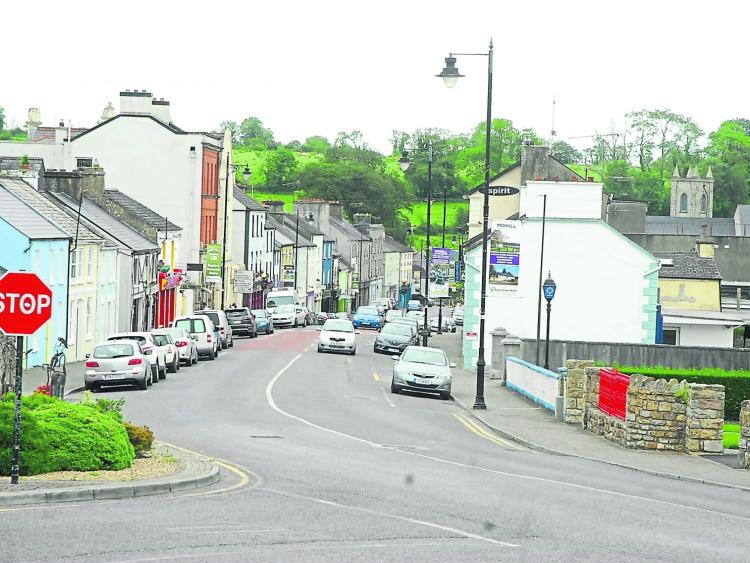 “Where you see dereliction, we see opportunity” Gerry Kilrane told the crowd at the official launch of the economic development plan for Mohill on June 28.
Mohill set out its roadmap for recovery, a modern plan to revitalise, energise and attract new people to the ancient market town and this pragmatic project received full support from the minister who aims to regenerate rural Ireland, Michael Ring.

Gerry Kilrane called it a “Landmark day for our community.” He said Mohill had faced the “perfect storm” of social and economic decline and had exhibited the all the classic features of Irish small rural town decline - an aging population, business closure, growing vacancy rate, shifts to larger towns and a loss of community confidence. 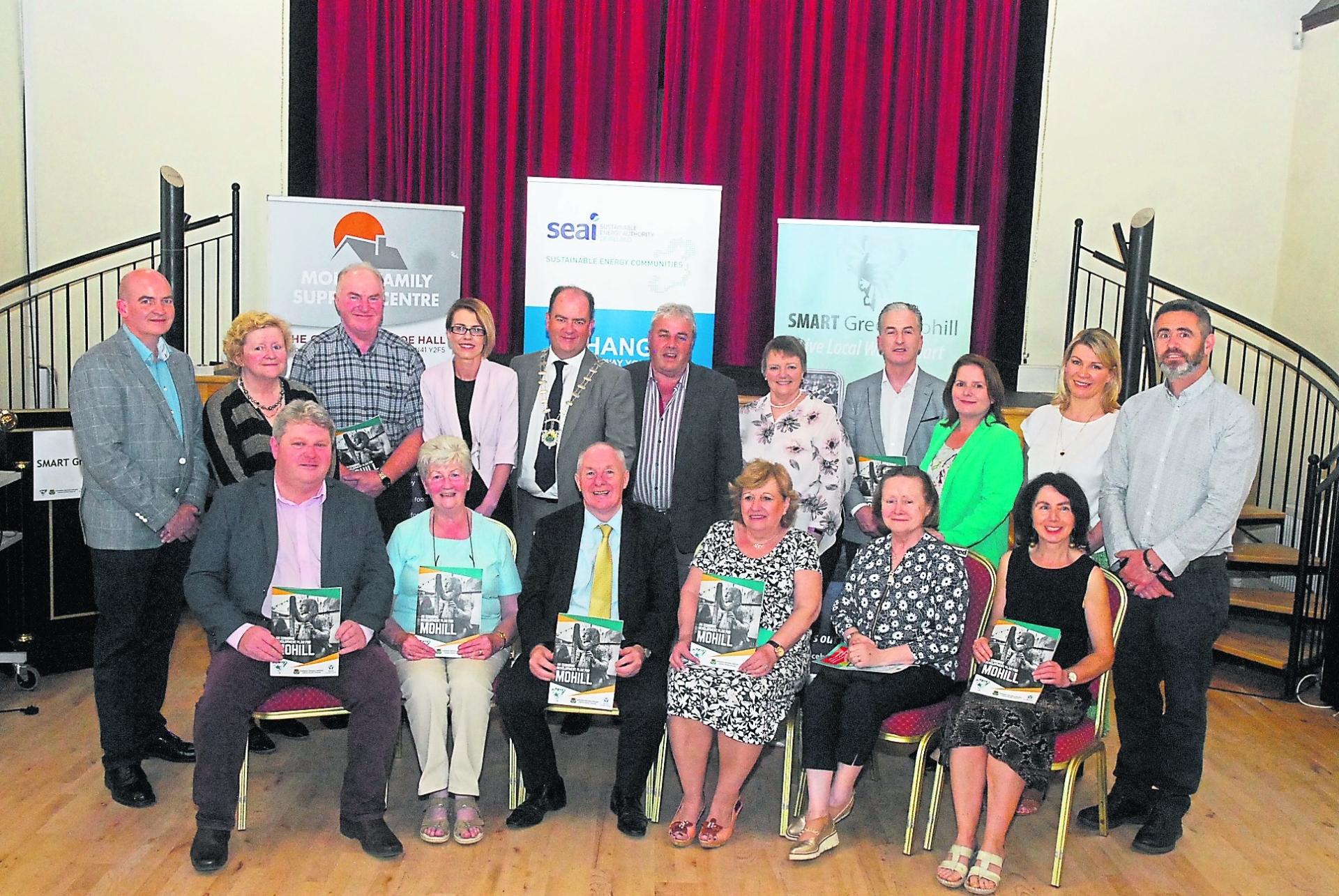 He said this is an ambitious programme “we don’t have much money but we have a plan” and he informed the minister “we will roll up our sleeves and we will deliver on this project.”
Consultant Mark Conway said we should see the fruits of an extensive planting scheme in Mohill by next summer, this will kick start Mohill’s new green image.

He said Mohill will become associated with green energy and adult learning, they expect to build upon existing adult education courses and the plan is to get the population of Mohill over 1,000. It now stands at over 800 but getting it above 1,000 will “show the progress.”
Mel Gavin from IT Sligo said Mohill’s energy plan and upgrade is in progress and it is hoped to retrofit and upgrade energy in at least 30 businesses and homes this year with even more to follow in the second year of the programme.
John Mannion manager of the Mohill Enterprise Centre said they hope to further their partnership with the ETB and increase hot spaces and training suites.

Upgrade works on technology enhanced learning facilities will get underway this summer at the centre and they hope to provide new courses and develop links with youth reach, the sports centre and Lough Rinn rowing, they want to provide more flexible office space and upgrade social area.
By 2025 the centre aims to be carbon neutral.

Minister Michael Ring congratulated the team on this plan and spoke about his hometown of Westport and how they fought back against an economic tide. He said for it to progress in Mohill everyone must work as a team for the greater good.
Minister Ring said his Rural Regeneration programme is a “game changer” for rural Ireland and told those present if Mohill is “shovel ready” he will provide the funding.

Minister Ring told the crowd, “The West is not dying, it is alive, there are changes and we have to change with it.”
He went on to say “This government is committed to rural Ireland” and he said despite some negativity “Government will bring broadband to rural Ireland, we will subsidise it and I wont apologise for it ... broadband now is as crucial as electricity.”
The minister said he was delighted to launch the economic plan and promised the people of Mohill “we will move it forward - you need to deliver it. I will give you the support to build Mohill.”
He also told them to remain positive and to stick together, “Don’t mind the hurlers on the ditch.”
Gerry Kilrane asked the people of Mohill to embrace the plan and to get involved in the various projects: “We are pragmatic, these are not unrealistic hopes.”