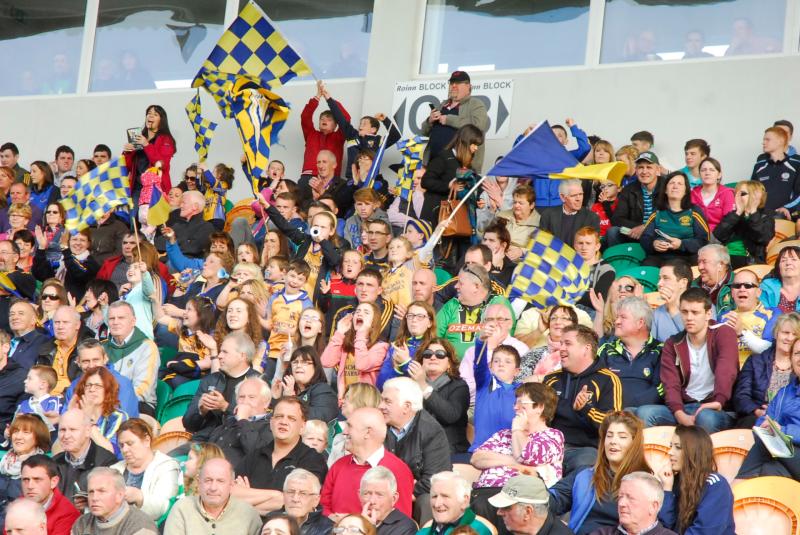 After a memorable weekend of sporting action that saw St Joseph's defeat Glencar/Manorhamilton to secure a three in a row of Leitrim Senior Championship titles, attention this weekend turns to the mens game.

Back page this week: Bumper weekend in store as race to reach finals heats up @LeitrimGAA pic.twitter.com/w9RFoJIuws

The action gets underway on Saturday in Carrick-on-Shannon with the meeting of Ballinaglera and Drumkeerin in the first of the Intermediate Championship semi-finals at 3.30pm.

That game will be followed by the another all North-Leitrim clas as Glencar/Manorhamilton do battle with Melvin Gaels in the first of the Senior Championship semi-finals at 5pm.

Both sides have a rich pedigree at this level with Glencar/Manorhamilton looking to regain the title they last won in 2011 while melvin Gaels will be looking to bring the Fenagh Cup home to Kinolugh for the first time since 2012.

After the excitement that fans will no doubt be treated to on Saturday afternoon, they can look forward to even more on Sunday as there are two more mouth watering encounters in store.

The meeting of Leitrim Gaels and Annaduff in the second Smiths Monumentals Intermediate Championship semi-final kick starts the action in Pairc Sean, with a 2.45pm throw-in.

That game will be followed at 4.15pm by the eagerly anticipated Senior semi-final meeting of Mohill and Ballinamore Sean O'Heslins in another game that is proving very difficult to call.

Sunday will also see four teams do battle in the relegation semi-finals as they bid to avoid the drop from Senior to Intermediate.

Dromahair will face Fenagh in Drumshanbo at 12pm while Gortletteragh and Aughnasheelin will lock horns in Cloone at the same time. The losers in both games will be relegated while the winners will face each other in the relegation final to determine the final side to face the drop.