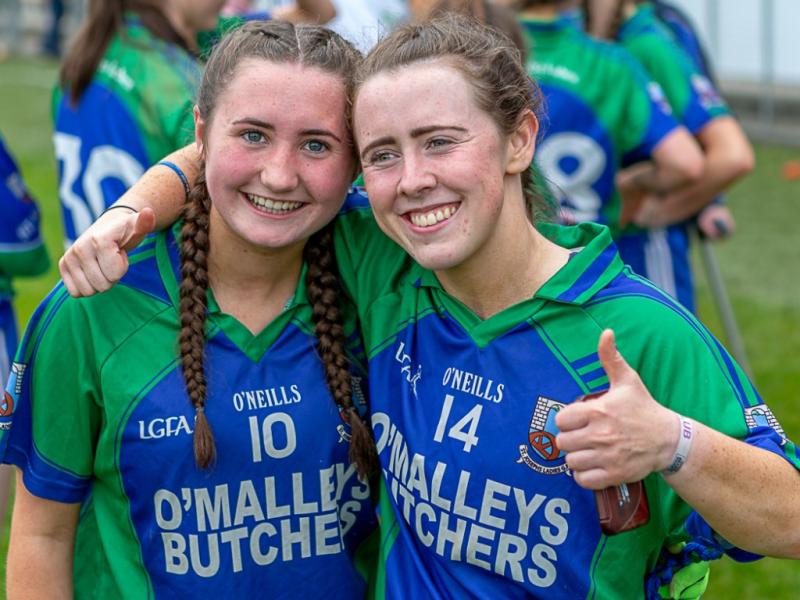 It has been a difficult year for all concerned with Leitrim Ladies, the county senior team a shadow of what it had been a few short years ago but on Sunday last there were plenty of encouraging signs with regard the future of the game in the county.

Both St Joseph's who completed a three in a row of senior titles and Glencar/Manorhamilton who suffered final heartbreak for a second successive year gave a wonderful exhibition of football with standout performances all over the pitch. It was the kind of performance a Leitrim manager would have been really encouraged by; the only problem being Leitrim don't have a manager at the moment.

There is a huge amount of work being done in clubs throughout the county at the moment, fundraising for the county board and hopefully this united front will help the county move forward when they return to the field next year.

Players and managers alike spoke after last Sunday's final about the talent that was on show and the need for the best players in the county to be representing their county.

If players feel challenges have been put in their path that prevent them from playing inter-county football, there should be a desire by all to address these obstacles for the greater good of the county.

Commitment can be a real issue for players for a variety of reasons but if the will is there and everyone is pulling in the one direction it will only benefit the county team and increase standards throughout the county if the county team is the best it can be. If the best players are joining forces with one another, training will be brought on to another level and when players return to club training they will in turn only increase the standard for everyone.

The executive have had to steady the ship following the severe disappointment of the team being unable to fulfil senior games last year but it does appear as though a corner has been turned.

The excitement in the stands last Sunday was a reflection of the quality on display on the pitch and you can't help but feel when the best in the county are all pulling in the same direction, it could make for quite a potent force.

The Ladies Senior Championship may have just ended but it is only coming to the boil in the men's competition, while the Intermediate Championship is just as intriguing.

Two great days of football lie in store, with local rivalries sure to bring out the best in the teams competing in the semi-finals which will be played in Pairc Sean on Saturday and Sunday.

On what is an action packed weekend of sport that lies in store, many fans from the county will also be making the short journey to Sligo for the Extra.ie FAI Cup Final as Sligo Rovers aim to create a huge upset and advance to the final in the Aviva Stadium at the expense of red hot favourites, Dundalk.

The golden era from 2010 to 2014 saw Sligo Rovers win every domestic trophy available to them but since then the wheels have wobbled, without ever fully falling off.

Numerous managers have come and gone and supporters would be hard pressed to remember many of the players who enjoyed fleeting stays at The Showgrounds. However, under the guidance of Liam Buckley there has been a dramatic steadying of the ship. Players with proven league experience have complimented those who have come through the club's underage teams such as John Mahon, Ed McGinty and Niall Morahan.

Of course, it wouldn't be Rovers without some exotic signings and this year that has been provided by Romeo Parkes whose goalscoring exploits have made him a firm fans favourites. His lightening pace and elusiveness could prove decisive if Rovers are to claim the scalp of Dundalk who are on course for a domestic treble.

Interesting times lie ahead, enjoy the action wherever you are watching from!