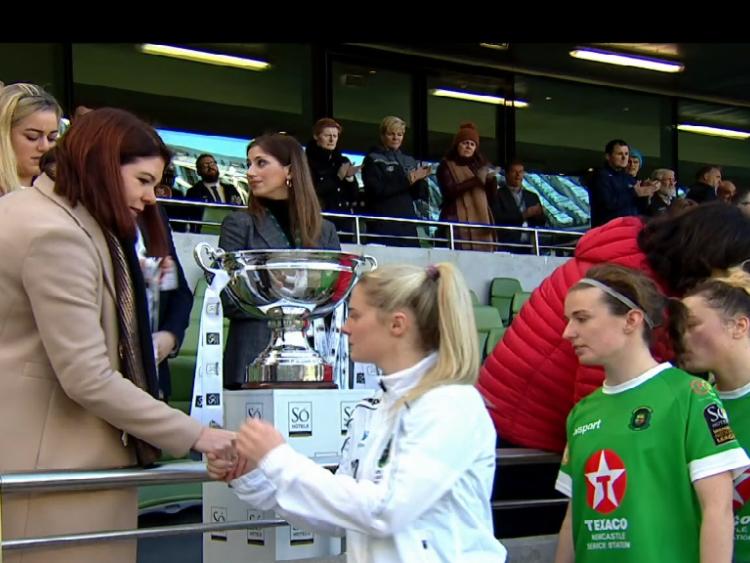 On Sunday last, Dearbhaile Beirne climbed the steps of the Aviva Stadium for the fourth time to receive a runners-up medal after her Peamount United side were defeated by Wexford Youths 3-2 in the Só Hotels FAI Women's Cup Final.

Dearbhaile had previously played in the showcase event of the women's game in 2015 with Shelbourne, in 2017 with UCD Waves and in 2018 with Peamount United.

Last Sunday's game proved to be an absorbing encounter with some incredible goals among the five that were scored between the two teams.

Peamount got off to the worst possible start with Lauren Kelly opening the scoring for Wexford Youths inside three minutes.

Karen Duggan equalised for Peamount when she found the top corner of the Wexford goal but they were soon behind once more when Lauren Kelly scored her second goal of the game.

Peamount equalised in the second half courtesy of Eleanor Ryan-Doyle whose shot from 25 yards flew into the Wexford goal.

Here's the goal that has Wexford Youths ahead in the FAI Women's Cup final #RTEsoccer pic.twitter.com/pDHht0RaIb

There was another local angle to Sunday's final as Manorhamilton's Emma Cleary was the fourth official on duty for the cup final.