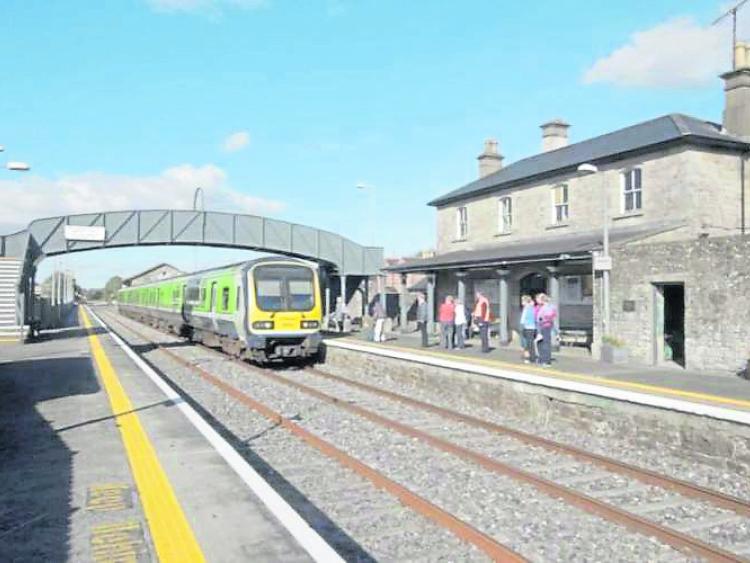 New parking charges have been introduced at Dromod Railway Station, however it can only be booked online which has angered local councillors

Councillors in the Carrick-on-Shannon Municipal District have strongly criticised Iarnród Eireann for introducing online only parking at Dromod Railway Station.

The matter was raised at last Monday's meeting of the municipal district by Cllr Sean McGowan who informed the meeting that parking charges had been introduced from that morning (Monday) at Dromod Station, including the new car park extension and the existing car park.

He said that parking at the station was being operated by the company Apcoa Parking Ireland.

While he stated that car parking charges at stations was the norm across the country, Cllr McGowan expressed his displeasure at the fact that car parking can only be booked online and there is no facility to pay at a machine at the station.

The local councillor said this was very, very difficult for older people in particular who are using the train to get to hospital or go shopping and who would not have a clue how to book it online.

He proposed the Council would write to Iarnród Eireann and ask them to reconsider the move.

“It's not good enough. There's no reason not to put in a machine and let people put in their contribution there,” he said.

Cllr McGowan asked Iarnród Eireann to reconsider or defer the parking charge at the station until a machine is put in.

The proposal was seconded by Cllr Des Guckian and supported by all members.

Cllr McGowan explained that the parking charge at Dromod Station is €3.50 per day or €9 per week.

Cathaoirleach, Cllr Finola Armstrong-McGuire said that she thinks the price is very high. She said €9 per week is quite substantial for someone's budget.

Cllr Des Guckian said the parking charge at Longford Station is €2 per day.

“So Dromod is dearer than Longford again,” remarked Cllr Armstrong-McGuire.