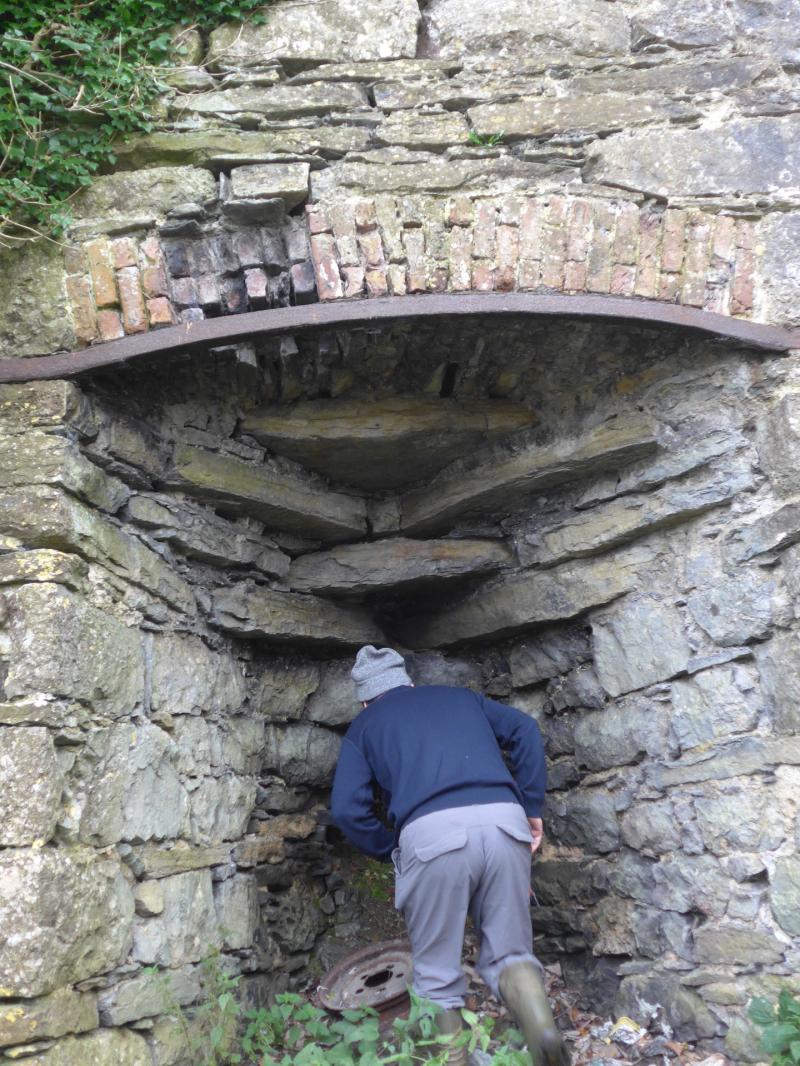 The old lime kiln in Newtownmanor

In many parts of Leitrim you will come across large stone structures in varied states of dilapidation. They are lime kilns, archaeological remnants of a once thriving backyard lime-making industry explains Garreth Byrne, Dromahair Heritage Group.

Some of them are nowadays covered from view by overgrown ivy, brambles, moss, wild flowers and clusters of ash and sycamore trees. Many other structures were dismantled and recycled as boundary walls, improved dwellings and farm outhouses.

The common use of kilns on farms to manufacture quicklime and slaked lime for agricultural and building uses was discontinued around Ireland generally during the 1930s and 1940s.

Commercially mass-produced lime from modern factories became easily available, at affordable prices. So farmers and builders abandoned the dangerous drudgery of backyard lime-making and bought the factory produced stuff in affordable bags of 20 kg and 40 kg.

A lime kiln is an egg-shaped chamber lined with brick inside and often rough stones on the outside. Lump stones of a certain size were loaded in layers from the top, with layers of wood or coal between each layer.
Culm or anthracite was also used in areas like Arigna. Where bogland prevailed the fuel was turf. Furze bush was often used in hilly areas.

The kiln was often built against a rocky slope or mound so that a ramp could be constructed enabling workers to transport materials for placing in layers from the open top. An opening at the bottom, called the ‘eye’, was for drawing air during the three-day burning process and then for extracting the white powdery quicklime.

Typically, the kiln took a day to load, three days to fire, two days to cool and a day to unload, so a one-week turnaround was normal.

Older children helped their parents with the loading. During the burning stage the lime kiln had to be watched around the clock and topped up with fuel.

In cold weather the watchers huddled near the bottom vent, risking noxious fumes and accidental burns to the body. Digging out the ashes and lime powder after the kiln had cooled down was grimy work that could irritate skin and eyes. They didn’t wear medical face masks or safety goggles in those simple days.

THE USES OF LIME
Farmers had many uses for home-made lime. Many soils were acidic, so the alkaline neutralised it. Layers of lime facilitated the rotting of organic materials in compost heaps. Outdoor toilets and cesspits were disinfected.

Family wells were cleaned of moss and bacteria at least once a year. The insides and exterior walls of dwellings and outhouses were whitewashed, especially before winter, to prevent insects from burrowing into the structure.

Workers in creamery co-ops frequently whitewashed walls to comply with strict standards of hygiene laid down by the Department of Agriculture.

Visitors to the holy well at Killargue near the R280 often admire the remains of a lime kiln behind a hedge on the footpath leading to the well.

Only a few years ago local craftsmen restored an industrial scale lime kiln on the Lough Rynn Hotel estate. The kiln, dating from the middle of the 19th century, closed in the 1950s after about a century of use. The restored kiln, with displayed information and nearby parking space, was part of the Border Uplands Project part-financed by the European Union's INTERREG Cross-Border Programme.

In China and other countries mature trees in cities are whitewashed in late autumn to enhance visibility as well as to deter insects from hibernating in and damaging the bark.

- If you have a backyard lime kiln, please send us a photo with details of its general location. The Leitrim Observer would like to have family memories of lime-making in former times.