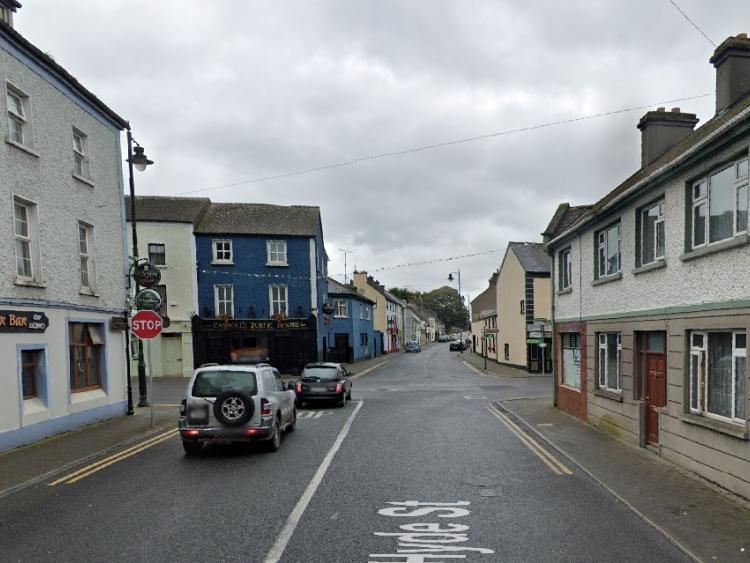 Cllr Des Guckian has called for traffic lights to be installed at the junction between Main Street Mohill and the Ballinamore and Dromod roads noting that “the sight lines are very poor and a motorist (coming from Dromod) has to edge out on to Main St to see if there is oncoming traffic from either side”.
A report from the roads office noted that the issues with sight lines at this location was due to t he parking bays on the Main Street of Mohill.
Cllr Guckian was told that, in order to improve these sight lines, the Council would have to remove four car parking spaces from Main Street - two from each side of the junction.
“Traffic lights would be insufficient at this location due to traffic volumes. We have no record of any major incidents at this location,” added district engineer, Darragh O'Boyle.
Cllr Guckian said the response from the Council is “extremely disappointing” adding this “junction is very, very blind”.
“I have to crawl out when I am coming in (from Dromod) to that junction and what if someone is coming out at speed? This situation cannot last without some serious incident happening,” he warned.
Cllr Guckian said he was asking the engineers at Leitrim County Council to “come up with a workable plan” to alleviate the problems caused by this “dangerous junction.”
“I think lights would form a part of the solution even though you're rejecting that,” he told Mr O'Boyle.
Or, he suggested, a convex mirror could be put in place at the junction to help with sight lines.
“Just to leave this junction as it is, is not a runner,” added Cllr Guckian.
“If you do nothing and a serious accident occurrs it will come down on Leitrim County Council and their failure to act,” he warned.
His call for action was backed by Cllr Sean McGowan who said that the view of motorists entering the junction from Dromod was particularly bad when looking up towards the Catholic Church.
However Cllr McGowan said he felt that lights would “lock up” the traffic flow in Mohill.
Cllr McGowan said that any plans to remove parking in the town to improve sight lines at this junction “would not be welcomed by local businesses.”
District engineer, Darragh O'Boyle said the Council have “looked at the figures” for traffic volumes using this junction and said these were insufficient to warrant the installation of lights.
“It is a delicate balance of traffic and parking,” he acknowledged adding that the Council could look to install double yellow lines to the right and left of the Dromod Road on Main Street.
“However this will involve the removal of two parking spaces to the left and the right of this junction,” he added.
Cllr Thomas Mulligan said that local businesses would have to be consulted before any parking spaces could be removed from Main Street.
Cllr Enda Stenson said that he felt that any proposals should be considered and not put in place immediately.
“I don't think the situation is as serious as my two colleagues (Cllrs Guckian and McGowan) say,” he said.
Cllr Guckian however insisted that the engineers in the Council revisit the site and reconsider the installation of traffic lights.
No resolution to the issue was achieved at the meeting and the matter will be the subject of further discussion.