Raffle to win a car, a cow or a floor! 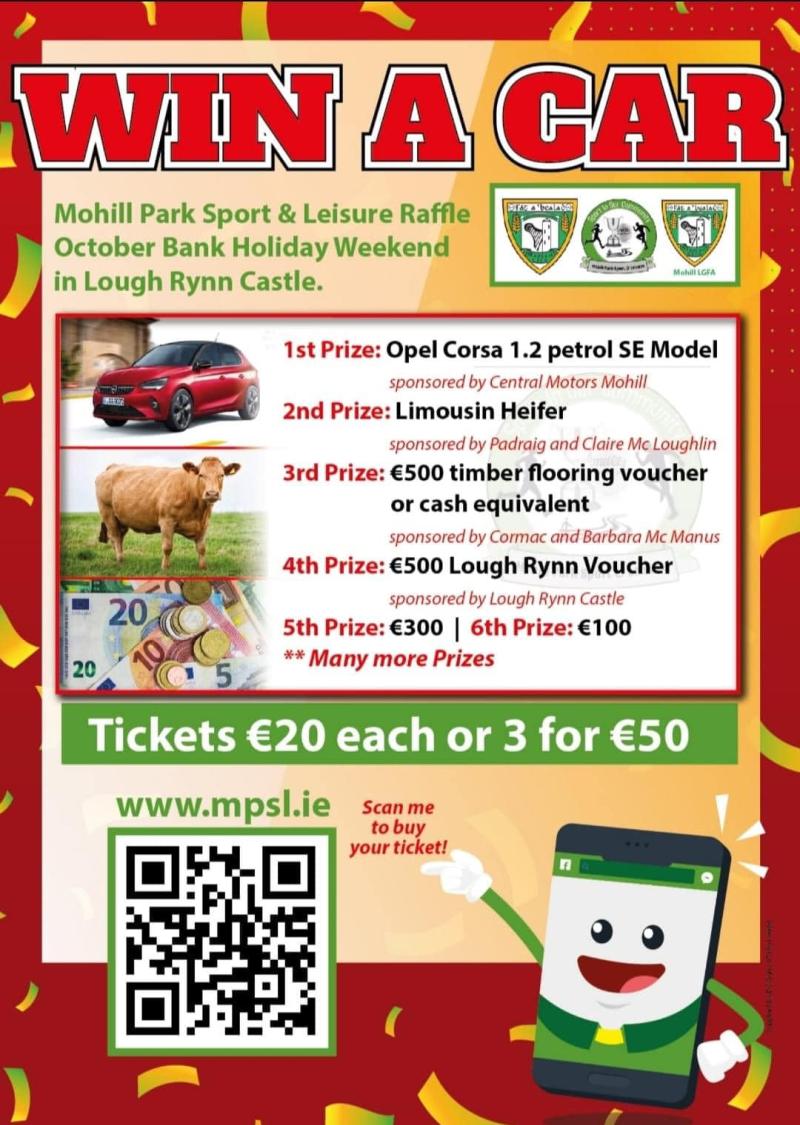 Have you entered the Mohill clubhouse draw? Well you better get your ticket as the competition has gone viral!

The raffle for Mohill Park Sport and Leisure development has an amazing first prize of a car (Opel Corsa 1.2 - sponsored by Central Motors). But the second prize of a limousin heifer seems to have turned into a bit of a joke!

I am in Ireland at my Mum’s and she has bought a raffle ticket. First prize is a car. Second prize is a cow. AN ACTUAL LIVE COW. (My mum lives in an apartment with no garden.) Third prize is a floor. A FLOOR. (She already has floors). BEST RAFFLE EVER. pic.twitter.com/I1BDstRuiV

The British freelance television presenter, crime writer and formerGMTV/ITN/BBC news reporter said she was visiting her  mother and saw she bought raffle tickets for this good cause. But her amusement was over the second prize of a cow - her mother lives in an apartment with no garden. She also noted that her mother has all the floors she needs and does not need the third prize either.

The innocent tweet gathered a lot of comments, with many rightly asked what will Jackie's mother do if she wins the cow?!

But Mohill man Alan steps in to help out:

My father is actually supplying that cow I think you can take the money instead! You should share the link to buy a ticket

The heifer is indeed sponsored by Padraig and Claire McLoughlin.

The third prize is €500 timber flooring voucher or cash equivalent sponsored by Cromac and Barbara McManus.

Jackie Kabler has since wished the committee every luck and has shared the link to the draw online.

The raffle takes place in Lough Rynn Castle this October Bank Holiday weekend - so get your donation in.

You could win a car, a cow, a floor or more!