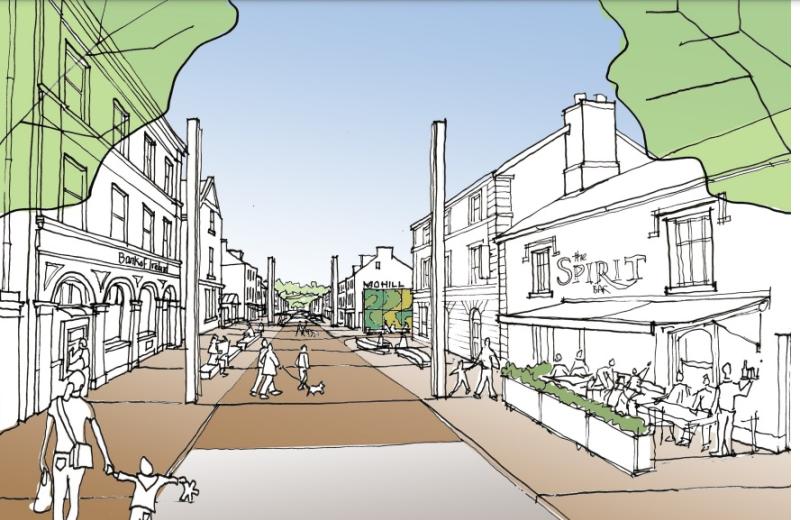 A judicial review is being sought against An Bord Pleanala over its handling of a Part 8 Public Realm plan to enhance the streetscape of Mohill.

Independent Cllr Des Guckian is seeking to bring judicial review proceedings against An Bord Pleanála over its decision last March that an assessment of the Mohill plan was not required under the EU Habitats Directive.
Director of Services at Leitrim County Council Joseph Gilhooly gave a brief outline of the matter at Carrick-on-Shannon Municipal District meeting this week, after he was asked for an update on the situation by Mohill councillor Thomas Mulligan.
Mr Gilhooly said Leitrim County Council is a notice party in the proceedings.

He stated that the €2.5m project for Mohill town centre which was approved by councillors following a number of changes to the original plan was appealed to An Bord Pleanala.
An Bord Pleanala upheld the local authority's decision.

This assessment would consider the likely effects of the construction plans on the integrity of any neighbouring areas of conservation.
The River Rinn, which is a designated natural heritage area, runs under Main Street, Mohill and is upstream from Lough Forbes, which is in a special area of conservation.

Permission for the judicial review was brought to the High Court earlier this month. Mr Justice Charles Meenan directed the board and Leitrim County Council, which is a notice party, be put on notice of the application and the matter will return before him next month.