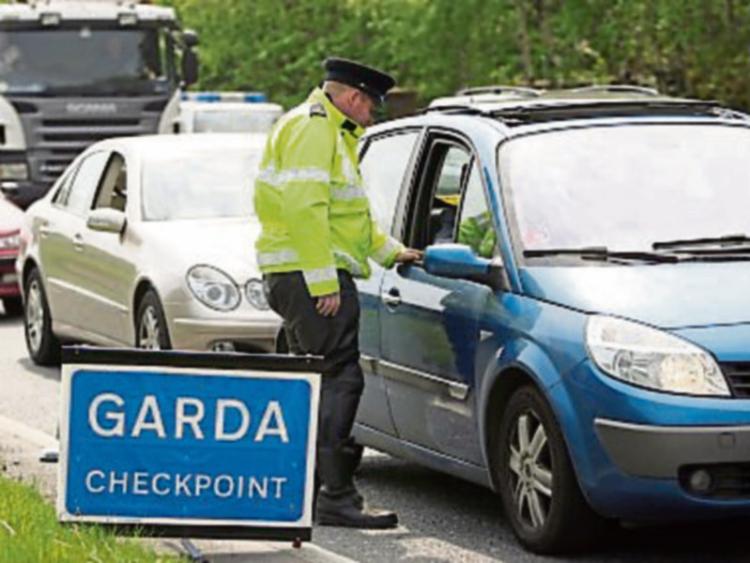 Gardai and the RSA are urging people to behave responsibly on our roads this weekend.

The Road Safety Authority (RSA) and An Garda Síochána are appealing to all road users to put on the ‘Green Jersey’ for road safety and show their national pride by making it a safe weekend for everyone on the roads this St Patrick’s weekend.

As the country prepares to celebrate St Patrick’s Day with events taking place all across the country drivers and pedestrians in particular are being reminded that any amount of alcohol can cause impairment. The advice is ‘if you are planning to head out plan how you are getting home’.

Since 2012 a total of 54 people have been killed and seriously injured on Irish roads over the St. Patrick’s Day holiday period, while there were 749 arrests for driving under the influence of either alcohol or drugs (See Table 1 Below).

A report published recently by the RSA, that examined the toxicology reports of those killed in road crashes in 2014, found that one third (33%) of drivers/motorcyclists that died had alcohol in their system at the time of their deaths. The examination, which was conducted by the Health Research Board (HRB) as part of the National Drug Related Death Index (NDRDI), also found that 28% of pedestrians killed had a positive toxicology for alcohol. .

Ms. Moyagh Murdock, Chief Executive Officer, Road Safety Authority, said: "It’s going to be an action packed weekend and we want everyone to enjoy what it has to offer. So whether that’s getting out for a walk after the ‘cabin fever’of Storm Emma, joining in the many St Patrick’s day celebrations that are taking place all over the country or cheering on the Ireland Rugby team to hopefully a third Grand Slam, please don’t ruin the fun by doing something stupid, like drink driving or walking home drunk. If you are heading out plan how you are getting home.”

Ms Murdock also cautioned drivers in relation to the morning after. "10% of fatal collisions where the driver had consumed alcohol, happen between 7am and 11am. It’s a real danger zone for drink driving. So drivers also need to be aware that they may not be safe to drive the morning after a night out, as they may still have alcohol in their system. If you have done the right thing the night before by leaving the car keys at home, thank you, but you also need to make alternative arrangements for the morning after.”

Assistant Commissioner David Sheehan, Roads Policing, An Garda Síochána, said:  "Members of An Garda Síochána will be out in force over the St Patrick’s Weekend and while there will be a focus on drink driving we will be on the lookout for other killer behaviors such as speeding, non-seatbelt wearing and using a mobile phone while driving.”

He added that ‘We are concerned about the number of vulnerable road users, particularly older pedestrians who have been killed on the roads to date this year. Our advice to all pedestrians is to please be seen when out walking. Wear bright clothing or better still wear a high visibility armband or hi-vis jacket. Lastly, pedestrians need to understand that if they are drinking they need to make arrangements to get home safety as research shows that alcohol could be a factor in almost a third of pedestrian deaths’.

The RSA and An Garda Síochána have the following advice for people planning to socialise over the bank holiday weekend:

-Plan ahead. Make sure you know how you’re getting home, whether by taxi, with a designated driver or public transport.
-Don’t walk home if you’re drunk. Almost a third of pedestrians killed on our roads have consumed alcohol.
-Never ever drink and drive. Any amount of alcohol impairs your driving so either leave the car at home and arrange alternative transport, or stick to the soft drinks.
-Don’t forget that you could still be over the limit the next morning so take the necessary precautions. It takes roughly one hour for your body to get rid of one unit of alcohol which is a half pint or a standard glass of wine, so if you got to bed late and didn’t get a good night’ sleep, the effect of the alcohol will be more significant.
-Approximately 1 in 10 drink driving arrests happen between 8am and 2pm so if you have had a heavy night out, leave the car at home.
-Passengers are reminded to wear seatbelts and to understand that there is a close link between alcohol consumption and the non-wearing of seatbelts in fatality statistics
-A total of 29 people have been killed on Irish roads to date in 2018. This represents a decline of six deaths compared to the same date last year.