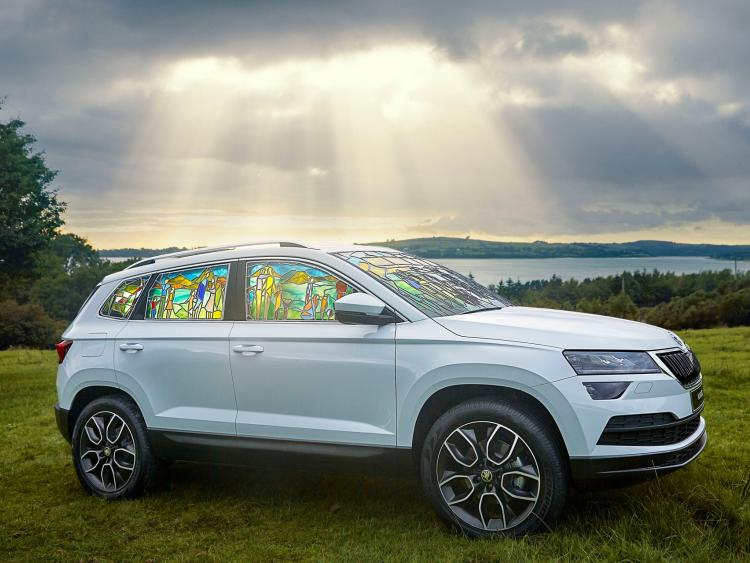 Skoda Ireland, official car partner to the World Meeting of Families, today marked the launch of the event, by unveiling a specially commissioned stained-glass Skoda Karoq, which will be displayed at the Pastoral Congress at the RDS, from August 22-24.

Over 1,700 individual pieces of glass were hand cut and embedded in 25 metres of lead, in traditional church style, to complete the project. 47 different colours of stained-glass were used to depict modern Irish families of different ethnicities, cultures and life stages. 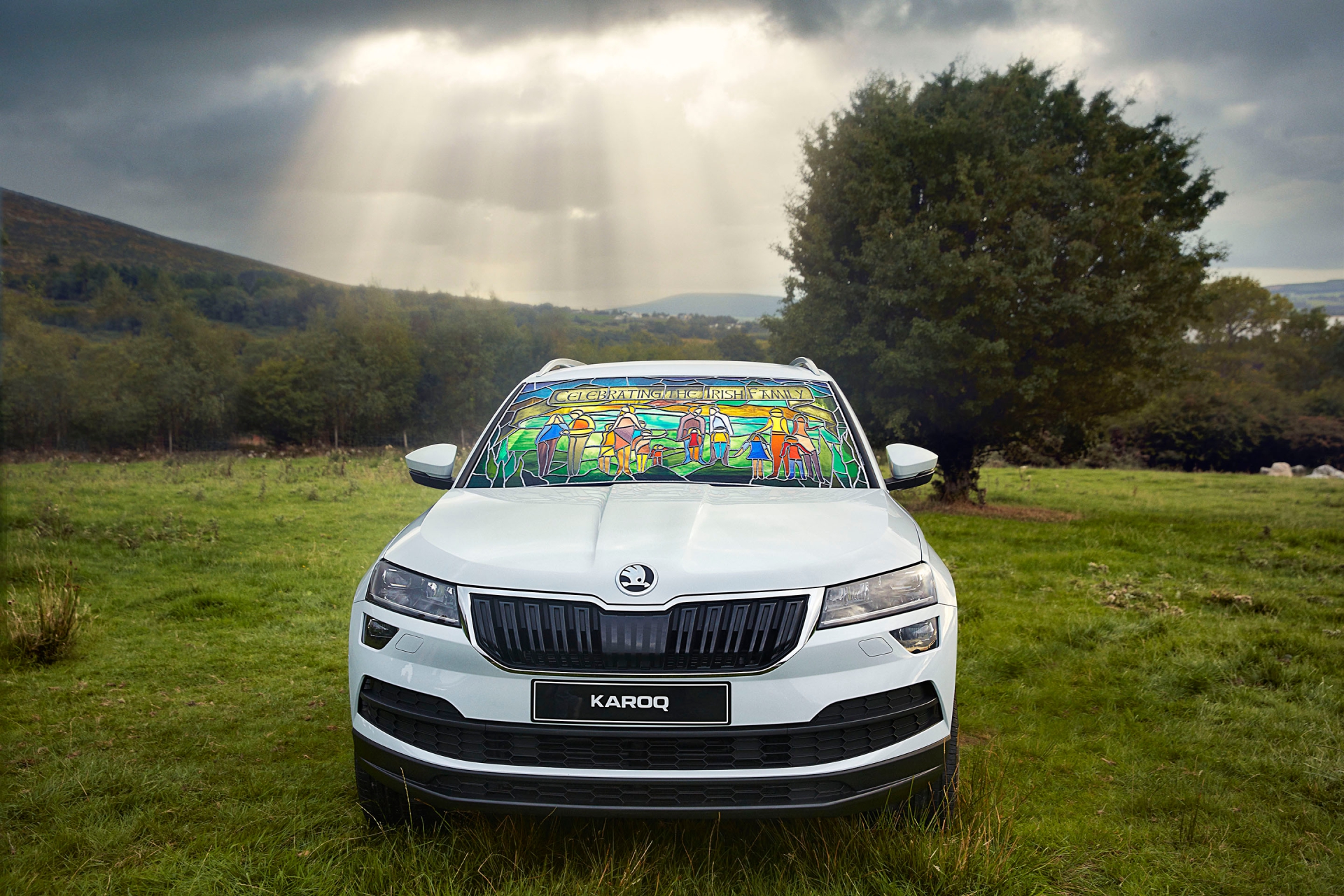 The stained-glass Skoda Karoq was developed by Dublin-based advertising agency, Boys & Girls, and completed by master stained-glass craftsman, Evan Connan – who is the last fully trained traditional stained-glass designer in Ireland. From a small work shop in Crumlin, over 200 hours of labour were invested in the project, from first sketches to final fitting. Upon full completion, the windows weighed 87 kilograms and fit perfectly to the contours of the Skoda Karoq.

“One of the sources of inspiration for Skoda’s designers is Czech crystal glass art, which is characterised by outstanding craftsmanship and quality. We wanted to reflect that inspiration by producing something unique, to mark our association with the World Meeting of Families.

“We are delighted to have worked with one of Ireland’s most unique craftsmen, to complete this celebration of the Irish families, in stained-glass. Evan was given a blank canvas to bring modern Irish families to life, with colour and imagination, and he has managed to do just that, with the 17 different families portrayed.”

Last week, Skoda Ireland was announced as official car partner to the World Meeting of Families 2018 and the Papal visit. As part of the announcement, the car brand revealed that Pope Francis will be transported in a carefully modified Skoda Rapid, for the duration of his Irish visit.

Following the departure of His Holiness, Pope Francis’s Skoda Rapid, together with an additional Skoda Rapid, will be provided to a charity to be nominated by Archbishop Diarmuid Martin, in accordance with the wishes of Pope Francis.

Held every three years, the World Meeting of Families is a major international event that brings together families from across the world to celebrate, pray and reflect upon the central importance of the family, as the cornerstone of our lives. Pope Francis chose Dublin to host the World Meeting of Families 2018 and, on March 21 this year, he confirmed he would be revisiting Dublin for the first time since he was a young priest back in 1980.