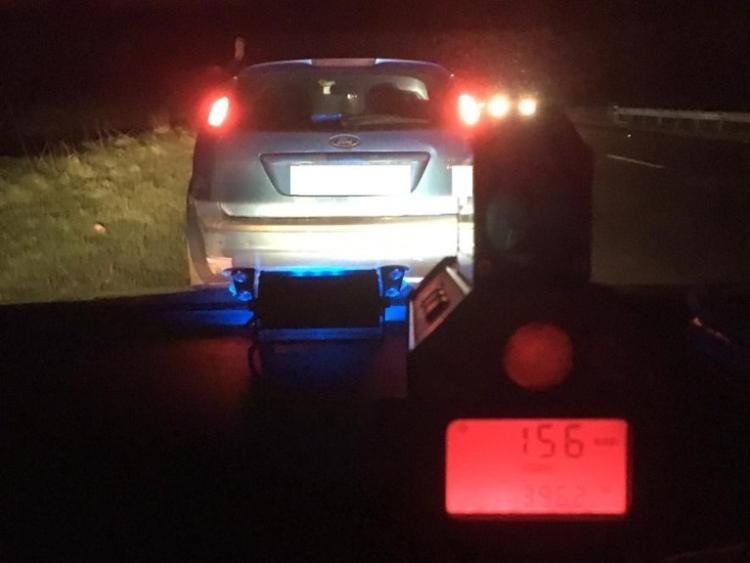 The driver was stopped on the N3 near Belturbet.

A Co Cavan driver has been arrested after their vehicle was detected driving at speeds of 156km/h in a 100km zone on the N3 near Belturbet.

Gardai said that the detection was made by during the Cavan Roads Policing on Speed operation.

Driving conditions were wet at the time and the driver was subsequently charged with dangerous driving.

Please, this St Patrick's Bank Holiday weekend, drive within the speed limit and be respectful of other road users.

Cavan Roads Policing on Speed Op N3, Belturbet stop driver at 156kph in 100kph zone. Wet roads made for unsafe driving conditions. Driver arrested, charged with Dangerous driving. We ask all road users, don't only consider yourselves when driving, but other road users too. pic.twitter.com/hh1AH3zZhM