Heartlands will be broadcast on TG4 later this year.

Hit NEXT to see more images 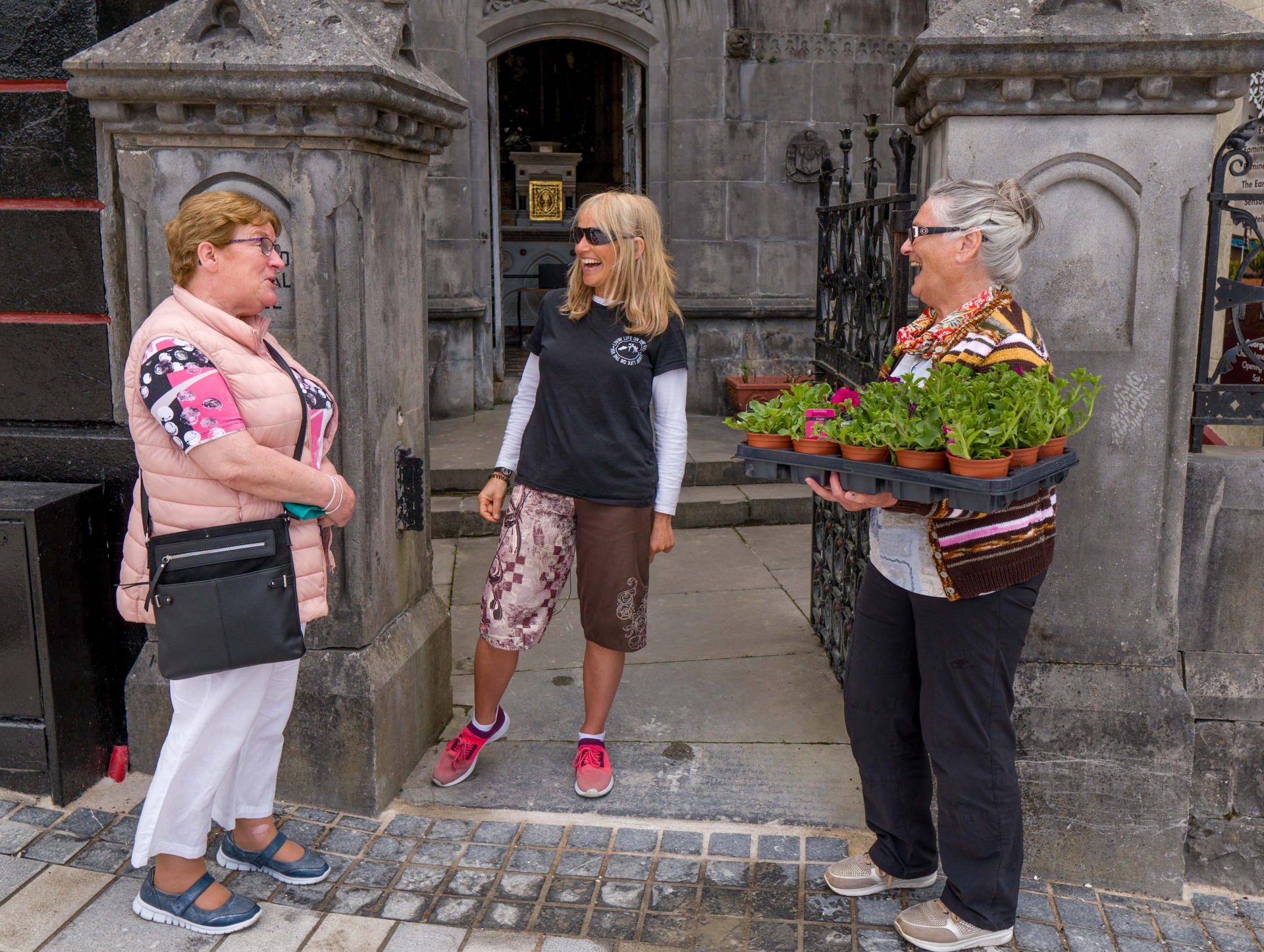 Sharon Shannon shared a joke with Carrick residents Mary McManus (left) and Bernee Murray. Sharon was in Carrick filming ‘Heartlands’ for TG4 which will be broadcast later in the year. Picture – Gerry Faughnan