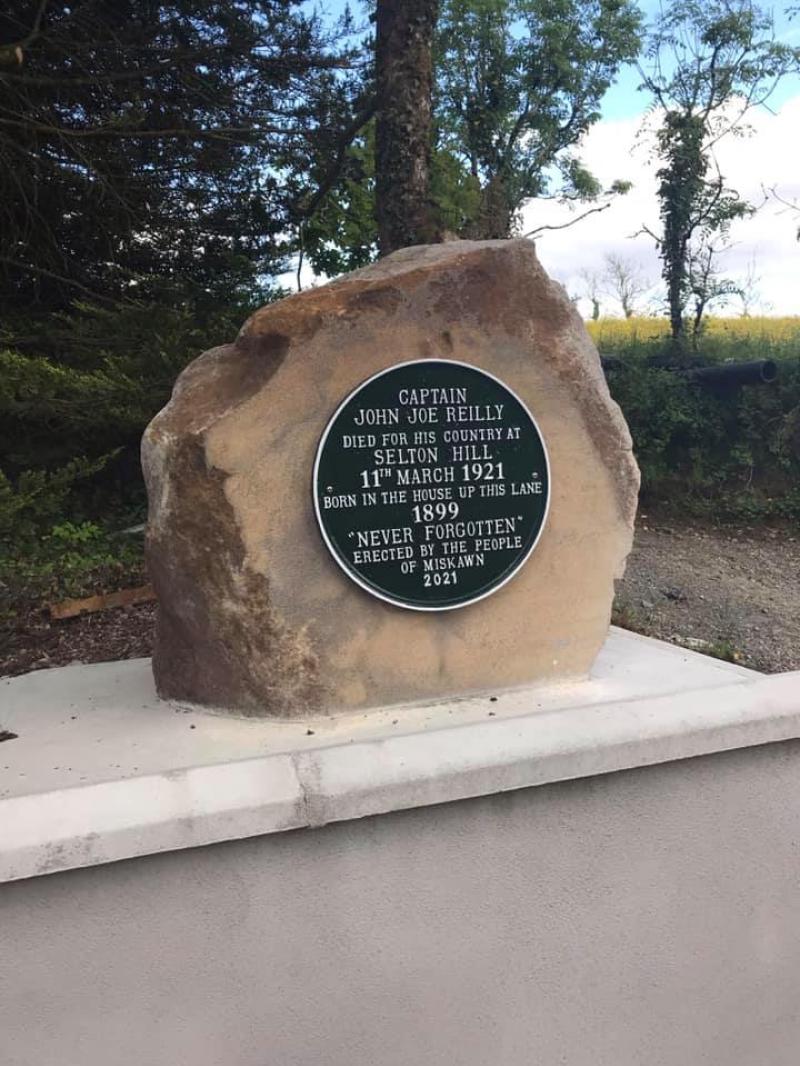 On Friday, 11th March 1921, the IRA’s Leitrim No 2 Flying Column was ambushed by British forces at Selton Hill, between Mohill and Ballinamore.

25-year old Captain in the South Leitrim brigade John Joe Reilly was killed in that ambush.

Capt John Joe Reilly was reared in Miskawn, Aughnasheelin and was one of six children. He attended Drumbibe NS. He was buried in the Republican plot in Aughnasheelin cemetery.

The past and present residents of Miskawn townland decided to mark the 100th anniversary of Selton Hill with a commemorative plaque remembering their hero John Joe Reilly.
Due to Covid and travel restrictions the unveiling event was held off until last Sunday, August 15.
Residents of the townland, along with those who emigrated from the Miskawn years ago and a few families from neighbouring townlands gathered for the commemoration event.

Relatives of John Joe Reilly - Annie and Thomas Tubman unveiled the plaque.
The boulder was lifted from the land that John Joe was reared on and was grinded down by Seamus McWeeney for this purpose. A plaque was prepared and mounted, it sits on a wall in Paddy Beirne's property.
Kevin McWeeney one of the organisers said they hope the plaque will help future generations remember John Joe and the history of Leitrim.
He said an old local song about the ambush called “Boys of Selton Hill” or “Brave and the bold” is currently being recorded and is hoped to be available on YouTube this year. 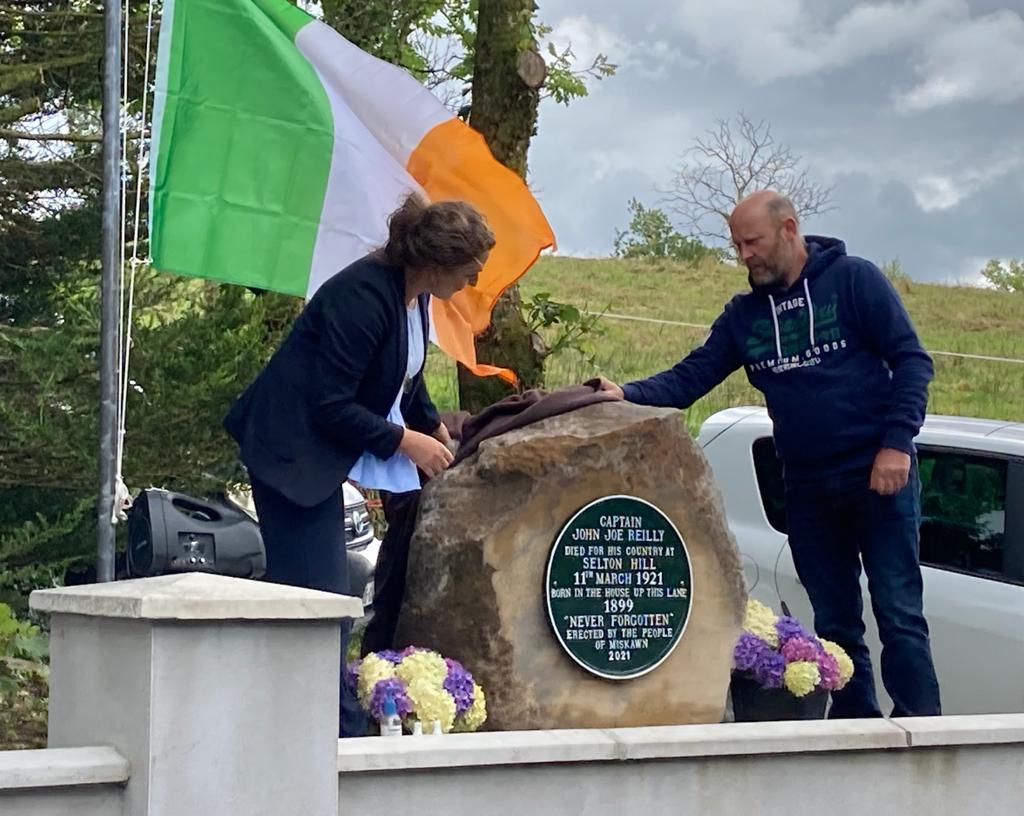