A new household will be on Gogglebox Ireland tonight to give us their take on the most popular shows and movies on television.

Greg, Jon, Eric and Johnny from Carlow, will join fan favourites such as Tadgh and his Granny Ettie from Clare and John and Dave from Dublin to give us their honest, and often hilarious, opinions on the week in television. 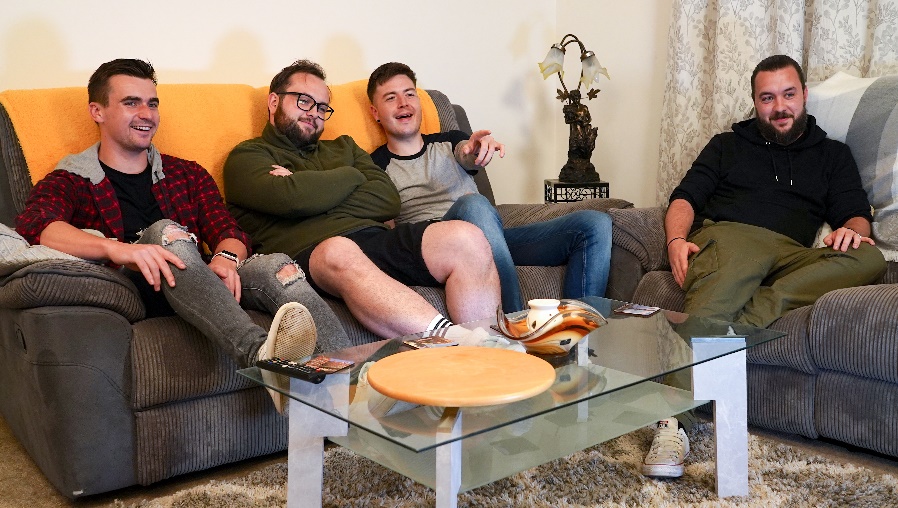 The four friends, who have known each other since secondary school never stop talking about what they’re watching on TV, from the Euros to the Eurovision, and love nothing more than chatting about the week’s telly over a few pints.

They have a wide range of tastes between them from sport to drama to reality TV but unsurprisingly, GAA and soccer is top of their list.

Tune in to see them tonight on Gogglebox Ireland at 9pm on Virgin Media One.