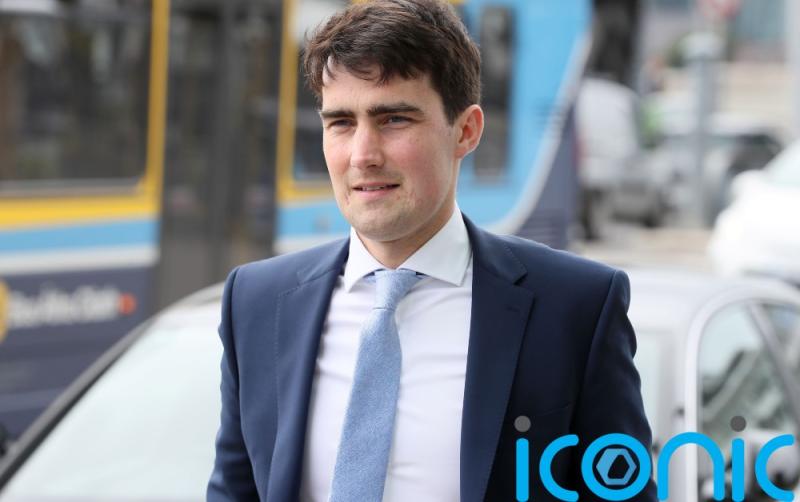 Jack Chambers refused to say whether he will consider withdrawing Government funding from the Irish Rugby Football Union (IRFU) after dozens of past and present female players expressed concern about the organisation.

In a letter to the Government, a number of prominent female players said their “trust and confidence” in the IRFU is lost.

The group appealed to Mr Chambers, the Minister of State for Sport, and Minister for Sport Catherine Martin to oversee “meaningful change”.

They also urged the Government to ensure that two ongoing reviews into women’s rugby are carried out adequately.

However, the IRFU rejected the “overall tenor” of the letter.

The response from the IRFU has been widely criticised, with Fianna Fail senator Shane Cassells describing it as “hostile”.

Dr Una May, Director of Participation and Ethics at Sport Ireland, refused to tell the sport Oireachtas committee whether she was aware of the concerns expressed by the group of women.

“I did not want to make too many comments today as we are meeting with the players and will hear their side,” Dr May added.

“The important thing is the players have taken their right and addressed the ministers.

“Sport Ireland is aware of ongoing challenges in all sports around lots of issues.

“Our remit is around development in sport and we recognise challenges and where funding is provided, we do monitor and are entering a new phase around revaluation.

“We certainly intend to listen to the players. We have been aware of reviews that have been requested and hope they will help us assess the situation.”

Mr Cassells said: “Plenty has been written about women sports and in particular, women’s rugby”, he added

“I hope that all those people tweeting about this get off their ass and come out and support them and come to the Aviva.”

He added that the IRFU was provided with 18 million euro of Government funding.

“Will you threaten to withhold funding if they are not willing to display the necessary changes?” Mr Cassells added.

Mr Chambers said ministers will have a “frank, robust and comprehensive” discussion about the issues raised.

Mr Chambers said he was disappointed by the response of the IRFU to the letter.

“I respect and take extremely seriously what they have set out to us. That is why we have sought to engage with IRFU and reflect the issues raised and and to engage with players and provide them assistance,” Mr Chambers added.

“I was disappointed with the remarks made in statement from the IFRU – it could be more conciliatory in their approach.

“We need to focus and have constructive pathway and that is what I am focussed on doing now.”

The minister said he would not pre-empt their conversation with the IRFU.

It also emerged that the pandemic has changed women’s participation in sport.

The Irish Sports Monitor report for the first quarter of 2021 revealed that the gender gap was eliminated during the Covid-19 restrictions, but the latest figures show that a gender gap is beginning to re-emerge.

Dr May said: “Sport Ireland has continuously monitored the effects of the pandemic on sport and physical activity participation with the most recent report (July-September this year) showing that participation in sport continued to rise throughout the year with numbers approaching pre-pandemic levels.

“Unfortunately, it has identified growing gradients in sports participation for women.

Mary O’Connor, CEP of Irish Federation of Sport, said that women currently account 32% of board members in funded sport bodies.

“Worldwide women make up 40% of all participants in sports—yet somehow receive only 4% of sports media coverage,” Ms O’Connor added.