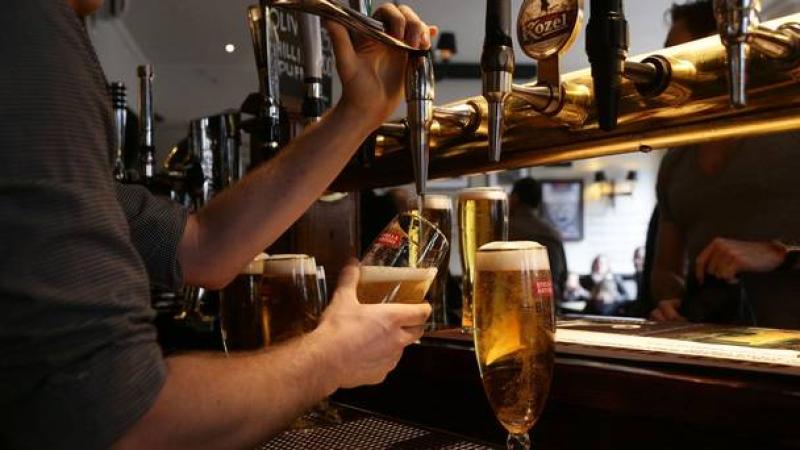 The 8pm closure time for the hospitality industry, including pubs and restaurants, will continue for a number of weeks Taoiseach Micheál Martin has confirmed.

"I expect that the advice from the ECDC (European Centre for Disease Prevention and Control) will be interrogated by public health authorities who will advise Government within the next while in terms of any changes that should be made," he said.

Mr Martin said he was particularly conscious of the impact the 8pm closure rule has had for the Irish hospitality and entertainment sectors. The industry has suffered closures and restricted operation hours during various lockdown measures for nearly two years.

"We want to give it another week or two," he said. He noted that the peak of thel atest Covid-19 wave had not been reached and the pandemic has had many twists and turns.

"But I am confident that if we maintain the same focus we can get through this wave,” he said.

However, he said changes to the 8pm closure time are not imminent.

"Not this week but certainly as I said in relation to close contacts, depending on what advices we receive from the Chief Medical Officer and his team, that’s an issue that has been kept under close review," he said.

The Taoiseach said the Government was carefully monitoring hospitalisation rates with over 1,000 Covid-19 patients requiring treatment in hospital, according to latest figures.

He also said the voluntary vaccination process was one he preferred, and has helped significantly in the fight against Covid-19.

He added: "Vaccination is the big game changer here. So I favour the voluntary.

"I fully respect people who will obviously explore all issues and research them and so on.

"But from my perspective, we have achieved one of the highest rates in the world through a voluntary system and that’s the system that we will maintain," Mr Martin said.