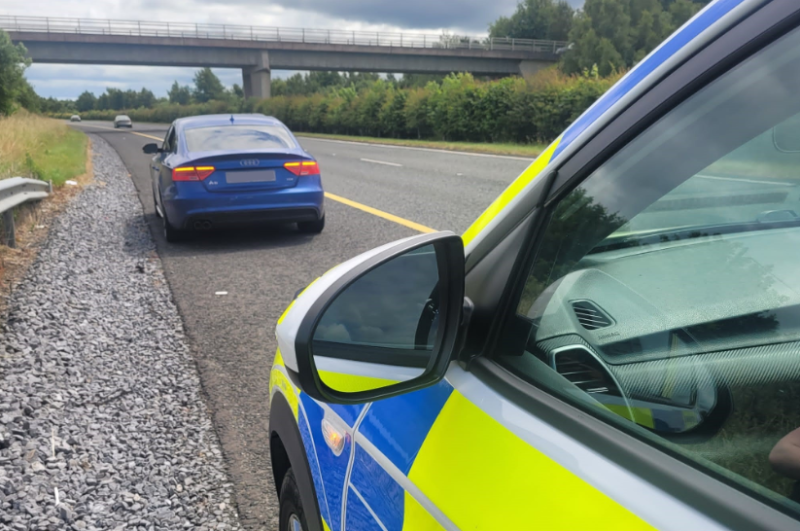 A driver has been arrested for travelling 89km/h over the speed limit on an Irish motorway.

According to An Garda Síochana, speed checks were being conducted on the M4 in North Kildare recently when a car was detected travelling at a speed of 209km/h in a 120km/h zone.

The motorist was stopped and subsequently failed a roadside breath test.

Naas RPU were conducting Speed Checks on the M4 in North Kildare recently when they detected this car travelling at a speed of 209kph in a 120kph Zone.

They were stopped and the Driver failed a Roadside Breath Test and was arrested. Proceedings to follow. #SlowDown pic.twitter.com/oWL8hsQnbG

Their arrest comes as Gardaí conduct a nationwide Slow Down campaign, highlighting the 83 people dead on Irish roads in 2022 and urging drivers to drive at lower speeds.