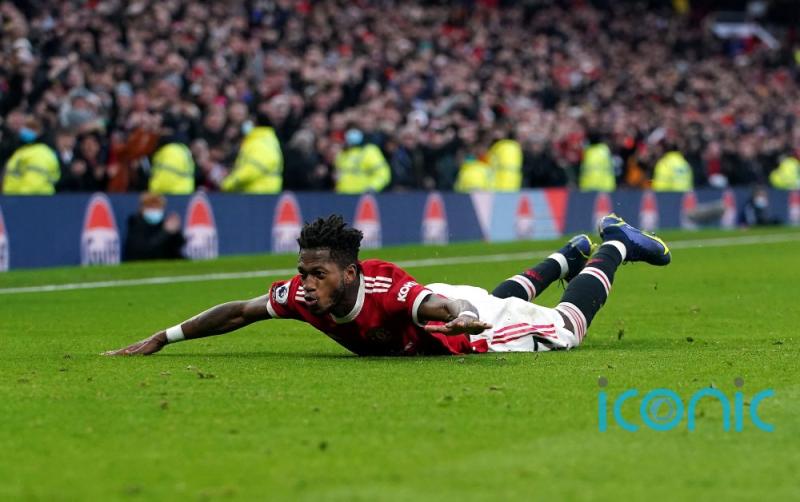 Rangnick named the same team for his first game as Michael Carrick did for his last game in charge of United on Thursday against Arsenal. In a game lacking clear-cut chances, Brazilian Fred carved out a moment of genius to curl the game's only goal to the net in the 77th minute.

The new German boss at the Theatre of Dreams will be as pleased with a clean sheet as the three points after pointing out the team's defensive woes of late in his first press conference on Friday. He said the team's average concession of two goals per game lately was not good enough. This was Man United's first home clean sheet of the season so far.

A stunning goal from Lucas Moura helped Tottenham remain unbeaten in the Premier League under Antonio Conte as they beat Norwich 3-0.

Moura found the top corner from 25 yards after some impressive skill to open the scoring, with Davinson Sanchez and Son Heung-min adding further goals in the second half as Spurs made it four games without defeat in the league under the Italian.

That run has helped propel them back into the top-four race and they are now two points behind West Ham with a game in hand as the Conte effect begins to take hold in north London.

Leeds were made to wait until deep into injury time for a share of the spoils at home in Elland Road against an impressive Brentford side.

Leeds took the lead through Tyler Roberts on 27 minutes but Brentford turned it around in the second half. Goals from Shandon Baptiste and Sergi Canos before the hour-mark had Thomas Frank's men dreaming of a jump into the top half of the table before Patrick Bamford rescued a point for the home side in the fifth minute of added time.

Brentford are in 11th spot while Leeds are just a point further back in 14th.

The defender’s first goals in 13 months – in front of watching England boss Gareth Southgate – earned a combative 2-1 win over the Foxes.

Villa have won three of Gerrard’s four games in charge since he replaced Dean Smith last month to lift themselves up to 10th in the Premier League and above Leicester.