Pressure off, Leitrim need to make a statement for the future 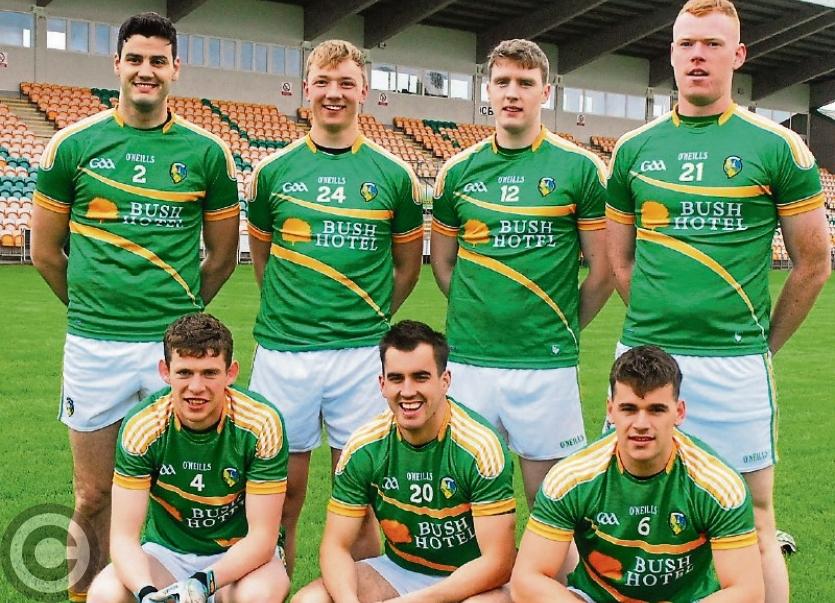 As daunting as their task in next Saturday, Leitrim footballers get the chance to make a real statement about their future when they take on reigning Connacht Champions Roscommon in Pairc Sean Mac Diarmada.

Leitrim suffered a record 17 point loss against Kevin McStay’s side last year in Hyde Park and not too many are predicting the Green & Gold will cause one of the biggest upsets in the history of Connacht football next Saturday.

But for a young team who came through a mentally draining yet emotionally satisfying test in Gaelic Park just over two weeks ago, Saturday’s Semi-Final is a chance for Leitrim to put down a marker for where they want to go in the years ahead.

Simple facts reinforce the belief that Roscommon are blisteringly hot favourites - Kevin McStay’s side are Division 2 champions, reigning Connacht Champions and only seem to have gotten stronger since they claimed the Provincial crown last year.

Jamie Clarke caused Leitrim a lot of problems in Gaelic Park but now Leitrim face a team boasting four or five threats at least the equal of the Armagh man in the Smith and Murtagh brothers along with the devastating runs of Conor Devaney and the experience of Cathal Cregg.

The manner in which they won the Division 2 League title showcased their attacking talent, recovering from a sucker punch of two early Cavan goals to run riot in the second half. And that is what a Leitrim defence who were hit for 1-15 by New York, albeit after extra-time, have to face in Pairc Sean Mac Diarmada.

The tale of Roscommon’s ambitions is evident in who they are taking on in challenge games these days, a recent defeat to Dublin obscuring the fact that the Rossies kept pace with the All-Ireland champions until the Dubs calvary came off bench.

In many ways, Saturday's game is the complete opposite of what Leitrim faced against New York - the pressure was on to avoid becoming the victim in the Exiles first ever championship win.

That pressure was at its greatest as the clock ticked down, Leitrim trailing by three points and New York on the cusp of immortality. But that is when this young Leitrim side looked into the abyss and jumped right over it.

It is impossible to underestimate what that victory will do for the development of this young team. A defeat would have been calamitous but the gains in self-belief and confidence of the manner of the New York victory is priceless.

Leitrim need to carry that self-belief into Saturday’s semi-final and deliver a performance but they will need to be cautious too. After all, it is easy to forget that last year Leitrim came through an equally tough test in Ruislip only to run headlong into the whirlwind that was Roscommon.

But the experience of 2017, no matter how painful it is to recollect, can serve Leitrim next Saturday and drive on the Green & Gold to a brighter future in the years ahead. Leitrim have got to remember that hurt from last year and use it as the fuel to fire their fury when faced by the Primrose & Blue.

Logic, the formbook, even history says that Roscommon are going to win next Saturday and hand on heart, it is hard to look beyond that. We may dream and hope for a shock but there are few poor bookies and the odds are firmly against Brendan Guckian's team.

But what Leitrim can do is lay down a marker for the Qualifiers, a marker for next year and the year after and a reason for optimism for players and fans for the future. If they do that with a performance to lift Leitrim hearts, it will be a good evening's work!