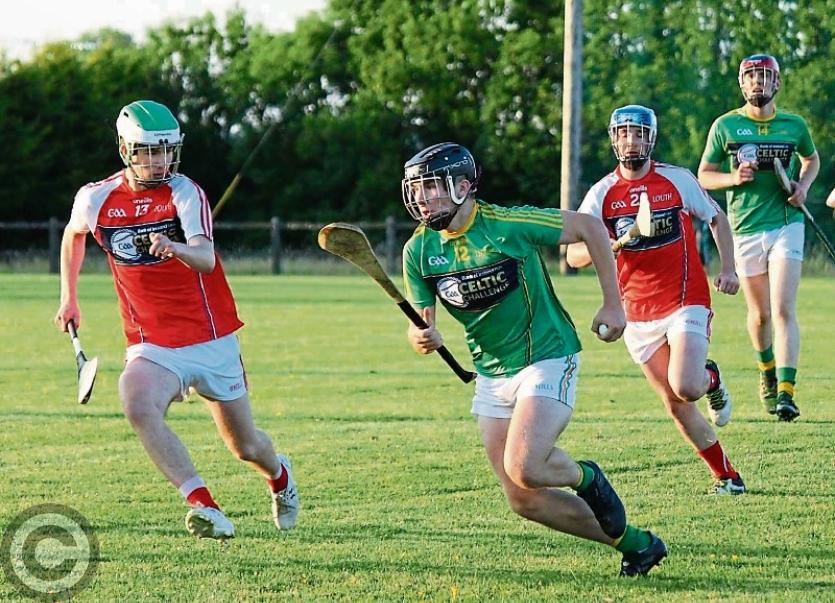 Shane Mallon in action for Leitrim against Louth

Leitrim's young hurlers are blazing a trail for themselves in this year's Celtic Challenge and have gone through their group undefeated after four matches.

Leitrim’s U17 hurlers now await the winners of the Donegal and Longford clash in the Michael Feery Cup Quarter-Finals as they set their sights on championship glory after a trail-blazing campaign.

The squad, made up of Carrick Hurling Club players, with one player from Cluainin Iomaint, had already defeated Longford, Monaghan and Cavan before they came out on top by 5-10 to 2-15 against Louth in Mullingar last Wednesday, June 6.

Leitrim will play the winners of the Donegal and Longford clash, a Longford team they have already beaten in the competition, in next Saturday’s Quarter-Finals which also feature the clashes of Louth and Fermanagh, Cavan against Mayo and Monaghan against Sligo.

Semi-finals are down for decision on Saturday, June 23, while the final will be played in Bord na Mona O'Connor Park, Tullamore on June 30.

Well done to this dedicated group of players and their coaches who continue to put Leitrim hurling on the map and good luck in the next game.