The luck of the draw leaves you dependent on luck

I played without an ounce of fear and threw myself into both games with abandon. As did the rest of the team 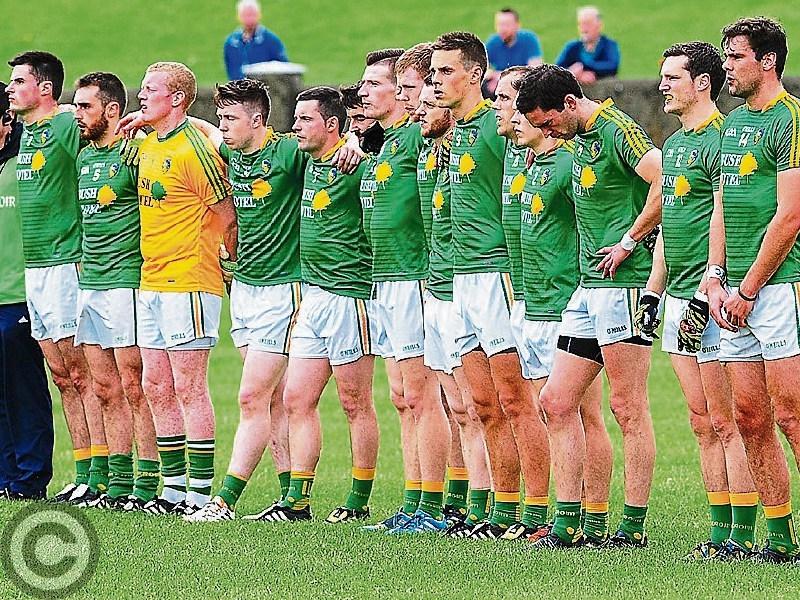 The Leitrim team who were defeated by Louth in the All-Ireland Qualifiers just three years ago. Only Shane Quinn, Matthew Murphy and Donal Wrynn remain on the Leitrim panel in 2018.

The dogs on the streets the past fortnight were sick of talk about the importance of a lucky draw for Leitrim. But depending on a lucky draw leaves you always beholden to luck.

It’s indicative of the state we’re in right now. Leitrim is poor of mouth. Whatever pockets of confidence we had are empty. Holes in the bottom of them. We’re looking at our feet, kicking opportunity down the road like a bad penny. We’ve a gloomy gawp about the eyes and the jaw is slack.

It’s understandable. We haven’t had a lot to shout about these past years. Our naturally optimistic parade has been rained on too regularly. I’ve heard a lot of look at Carlow. I’ve said it myself.

But I’ve realised it’s to hell with Carlow time. This is about us. There’s so much more in us. Every player on that panel has another level to his performance.

Christ how I’d love to see a good spring in the lads’ step as they take to the field on Saturday week. What I wouldn’t give to watch them opening their chests and have Louth men bounce off them like a drunk uncle walking into a glass door he didn’t notice. Bam!

I’d love to walk up to one of them on their way into Pairc Sean and have him stare through me with eyes so steely you could rivet a truss bridge with them. Jaw fixed like a monkey wrench.

Cillian McGloin put a smile on my face on Saturday morning. Bothered by a hamstring, he was unable to play a part against New York or Roscommon. More’s the pity. He’s young and fearless and mad keen to test himself.

I bumped into him at Pairc na Meilge in Kinlough where he was helping with the underage training. I was looking after my two nephews for the weekend, Alfie Joe and Eli, and had them over where they joined a scatter of other youngsters on the field.

Afterwards I chatted Cillian for a while. He filled me in on some of the players that have left the panel since the Roscommon game. I was disappointed by the news. If a unit is bound tightly enough not even a drop of water can escape. I understand some lads had planned to head abroad for the summer. And I understand that other lads have work obligations.

Cillian was unperturbed. I’d love to get one of the big teams, he said. I’d like to see what they are like, to test myself against them. My mind raced back to when we drew Meath in the Qualifiers in 2005 and Donegal in 2007. My fists clenched on both occasions.

I physically recall getting goose-bumps when Donegal were drawn. I had been working with the Donegal News the previous years, interviewing their players and managers, preparing pull-outs for their Ulster final appearances. I could not wait to take the field and pit myself against players who were considered amongst the best in the country.

Yes, both games ended in defeat (after extra-time). But I played without an ounce of fear and threw myself into both games with abandon. As did the rest of the team. We just lacked the necessary composure at critical junctures in both games to record two famous wins.

Composure will be required against Louth, amongst other things. We also need to add serious offensive teeth to the defensive structure we implemented in the first 15 minutes against Roscommon.

We need to take better advantage of the exceptional kick-outs of Diarmuid McKiernan. We need to sharpen our shooting. Big time.

We need to remind Louth constantly that we dictate things in our backyard. They need to hear the Leitrim supporters believe in their team, and that belief needs to be reflected and magnified on the field.

It would be a rookie error to look on Louth as a good draw. We need to look upon it as a great opportunity. Not necessarily to win a Qualifier match. That is too limited.

We need to look upon it as an opportunity to express ourselves as a team with aspirations beyond our lot.