Leitrim relegated but without too much regret 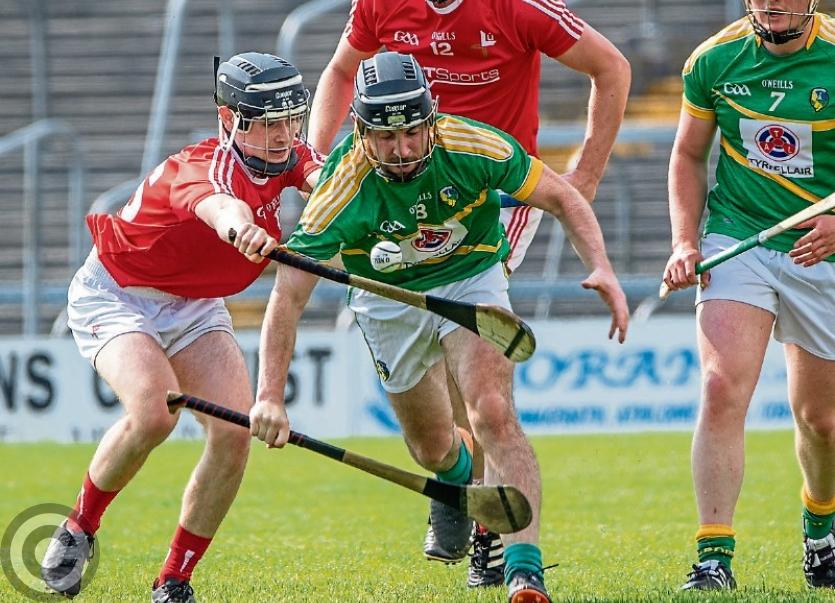 It is hard to know who was happier after this game in Mullingar last Saturday - Leitrim who lost the game to confirm their relegation or Louth who won to stay up in the Nicky Rackard Cup.

Leitrim had been promoted to the higher grade against their wishes last year and had suffered two heavy defeats to Donegal and Tyrone in the group stages before last Saturday’s relegation decider in TEG Cusack Park.

And it looked as if Leitrim wanted nothing more than for the game to end as Louth raced into an eight point lead. But then something strange happened, Leitrim started to play and two goals had them trailing by just a point as halftime approached.

Unfortunately a Louth goal in added time from the deadly Brian Corcoran gave Louth an advantage that they never relinquished despite a lot of hard work from the Leitrim lads.

Rory Byrne (free), Mark Molloy, Michael Ryan, Shane Callan, Gerard Smyth and Paddy Lynch all got on the scoresheet by the 16th minute, the entire forward line scoring for Louth who looked a class above.

Declan Ryan intercepted well to set up Enda Moreton for a long range point but Molloy came back with an easy score.

But Leitrim turned the game on it’s head on 18 minutes when James Glancy’s long ball was caught by Moradi who, holding off his man, managed to swipe the ball to the net from close range.

Moradi had a shot cleared before Paddy Lynch point. Karl McDermott and Louth sub Brian Corcoran swapped points before Kevin McGrath robbed an attacker in his own half and swept over from distance.

Alan Duffy (free) and Byrne exchanged scores before Leitrim got a large slice of luck when Enda Moreton beat two men on a long run before the keeper misjudged his long range shot and the sliothar ended up in the net.

Karl McDermott narrowed the gap to a point in the last minute of normal time but as the clock ticked into added time, Louth sub Brian Corcoran gathered a long ball and fired his shot to the net despite Leitrim keeper Declan Molloy getting his stick to the hurl.

That left Louth 1-13 to 2-6 ahead at the break and points from Molloy and Connolly extended the gap. James McNabola fired over a good effort with Connolly and Moradi swapping points.

Moradi’s point came on 10 minutes and we would go 12 minutes without a score and some terrible misses, Leitrim more guilty than Louth, before Corcoran scored a brilliant effort from the wing.

Wing-back Andrew McCrave added another before Corcoran battled his way past the defence and saw his shot find the net off the post on 28 minutes.

After that, it was tit for tat with Molloy and Lynch swapping points with Moradi before Lynch and Shane Callan added late points to seal a deserved win.

Talking Point: Did Leitrim really want to win this game? It was hard to tell as the usual fire was missing from a severely understrength Green & Gold. Yet they trailed by just a point as halftime approached and one could easily have seen Leitrim win with a more positive approach and much, much better accuracy.

Turning Point: Louth's first goal in added time killed Leitrim's hope that was just beginning to flower and consigned the game to the inevitable.

Ref Watch: A relatively easy outing for Cavan official James Clarke with no real intensity in the game.

Highlight: This might seem strange but Paul Earley lost his hurl in the chase for the sliothar but kept charging after it. He won the ball and then, showing great awareness, kicked it back to where his hurl was before picking it up to clear the ball!

Lowlight: Leitrim's shooting really let them down in this game - not saying they would have won but it would have been a hell of a lot more competitive had Leitrim not wasted some great chances.