As Leitrim take on Louth next Saturday for the second time in three years in the All-Ireland Qualifiers, the shocking stat that just three of a 26 man squad that played the Wee County in 2015 are available for Brendan Guckian highlights the scale of the task facing Leitrim. 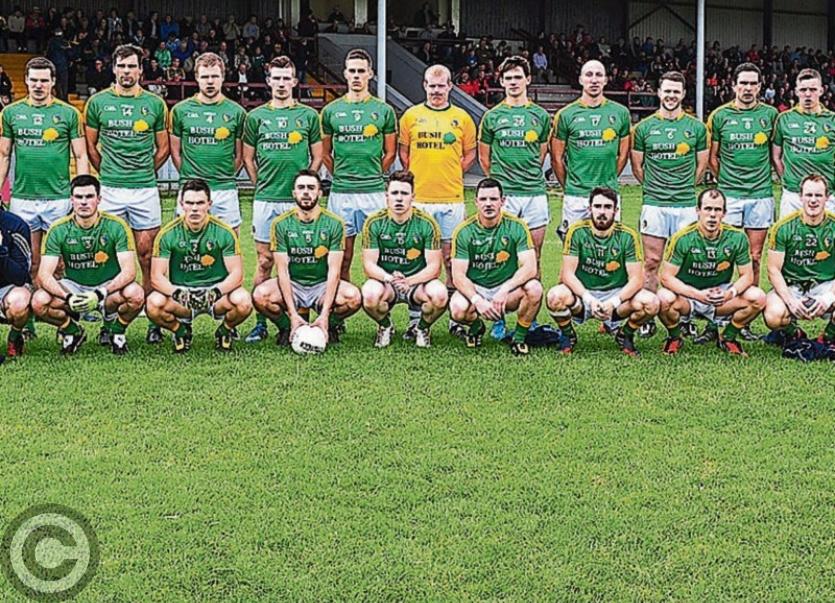 We always knew Leitrim had it tough retaining players but it is only when you look at the picture above of the Leitrim team that faced Louth three years ago that the astonishing truth is so starkly revealed.

Of the 26 man squad that Leitrim brought to Drogheda in 2015 to face Louth in the second round of the Qualifiers, the Observer understands that just Matthew Murphy, Shane Quinn and captain Donal Wrynn will be available to Brendan Guckian next Saturday!

An entire Leitrim team seems to have just vanished and they mystery is why?

Ronan Kennedy and Mark Plunkett saw action off the bench three years ago but both are believed to be no longer available, showing an incredible and frankly unsustainable turnover that no county, least of all a county with Leitrim's limited resources, can sustain.

Some of those players came to the end of their careers after many, many years of loyal service but the loss of so many young players is crippling the year on year development of Leitrim football at Senior level.

Players like Conor Farrell, Thomas Mulvey, Ciaran Gilheaney, Gary Plunkett, Cian Clinton, Brendan & James Flynn, Shane Moran, Jonathan Connolly and Alan McLoughlin should all be in the prime of their careers but none are part of the squad for next Sunday, most not involved in any way at all during the year.

I'm not sure what the turnover is for Louth and other counties but losing 23 players from a squad who saw action just three years ago is staggering. An influx of players from the U21 team probably hastened the departure of some of those players but of the Leitrim team that reached the Connacht U21 Final in 2014, only three are involved with Leitrim next Saturday.

Ryan O’Rourke, Keith Beirne, Jack Heslin, Darragh Rooney were all on that Minor team and are now mainstays of the County Senior team while others like Pearse Dolan, Niall McGovern and Conor Cullen have all seen action with the Seniors in the years since that Minor defeat.

It is convenient to blame management and county board for the problems but that is doing an injustice to the management teams who have done their best given the hand they have been dealt.

Frankly, the culture in the county just has to change, a culture that is afflicting club teams just as much as the county side, a culture where accepting less than the best is common-place and familiar.

Louth pose a serious threat next Saturday; they have problems of their own but they got back on track with a big win over London and they will see Leitrim as ripe for the plucking and certainly the defection of players does nothing to alter that mindset.

Yet Leitrim can prosper if they attack Louth with the verve and self-belief they have displayed in flashes this past 18 months. There is ability there and a threat in the forwards but it must come for 70 minutes.

Louth are the favourites, rightly so, but a good Leitrim performance will go a long, long way to showing that there might be hope for the future.