Leitrim were full value for win as McGrath rues sending off 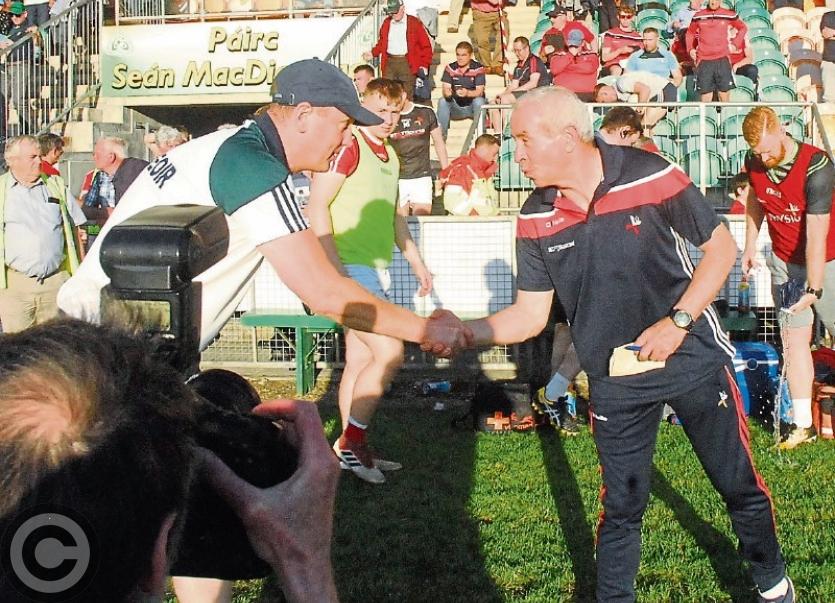 Louth manager Pete McGrath pointed to the dismissal of James Craven as pivotal in Saturday’s All-Ireland Qualifier but insisted that Leitrim were “full value for their win”.

The two-time All-Ireland winning manager with Down has overseen a turbulent campaign and said he would take time to consider his future with the Wee County. But on the match itself, McGrath was full of praise for Leitrim.

“The sending off, unfortunately, was something that did dig very deep and it had a major bearing on the outcome of the game,” said McGrath, “But, in fairness, Leitrim were full value for their win.”

Neither did McGrath dispute the decision of referee Noel Mooney - “It was a sending off, it was justified. He did it in the spur of the moment. James Craven has been a very committed player all year, he has improved enormously and he’s a good fella.

“It was just a moment of madness or impetuousness but it had a major bearing on the game and what happened thereafter. But players are only human. Flash of the moment, spur of the moment, he does it and he’s gone.”

The Louth manager felt that luck did not shine on his team - “We were a point up at half-time, but they took the game by the throat. They had three points on the board in the opening three minutes of the second half. That gave them a two point lead with the extra man, with the momentum and energy.

“Anything they touched turned to gold. They were shooting from all directions over the ‘bar where ours at the other end were drifting wide. We engineered three good goal scoring opportunities and we were unlucky, certainly, that two of them didn’t go in and had even one of them went in it may have changed the dynamic of the game.

“Leitrim had more power and energy. When a team gets up ahead of steam then everything becomes easy, the scores are coming and suddenly running and supporting becomes a lot easier for the team that’s chasing the game.”

And McGrath was full of praise for the effort his team put in - “It’s heart-breaking and devastating when you go out of the championship. But, in fairness, if people say that after the Carlow game that I was maybe critical of the players in that they didn’t show desire or ambition in that game, that was fair enough I think.

“Tonight, it wasn’t the case. They kept battling against what were impossible odds. They kept going and that’s a tribute to them and something that I think they should be proud of.”

With Leitrim going on a scoring blitz in the second half, it looked like a landslide but McGrath felt that the scoring statistics were misleading - “You have to look at it in a bit more depth rather than just saying there was a second half meltdown. On the scoreboard there was, but we just couldn’t match their power and pace.”

As for his own future, McGrath said “I’ll consider my first season in Louth. I’ll look at it and make a decision that I think will be in the interest of Louth football and in my own interest as an individual. The County Board have been very, very good, the training facilities in Louth are excellent and whatever we asked for we got.

“I have to ask myself what is the attitude of club players to the county team. Is there that real desire to play for Louth and to make the sacrifices. When you get so many people that for a variety of reasons are leaving the squad and people who didn’t commit at the start of the year at all, I’ll consider that and consider what potential I think is there.”