Brendan Guckian wants Leitrim to back up Louth display against Monaghan 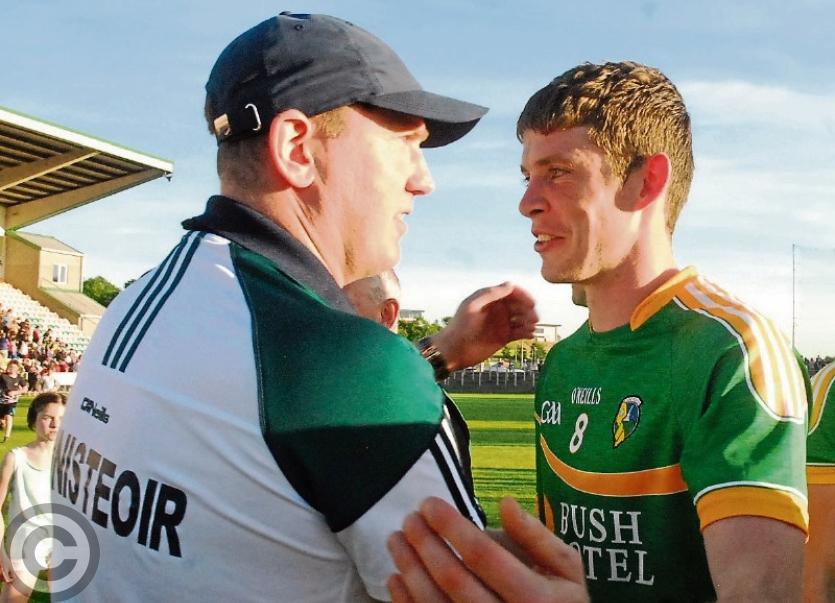 A couple of days have passed since Leitrim's remarkable victory over Louth and the one thing on Brendan Guckian's mind is that his team back up the performance against Monaghan next Saturday.

Speaking on Tuesday to the Observer, Brendan is already looking ahead as he reacted to the news that Leitrim will face Monaghan next Saturday in Pairc Sean Mac Diarmada (2.30 throw-in) - “It is a very difficult challenge ahead. Everybody is talking about the fantastic team Dublin are but Monaghan beat Dublin in the National League so that is the level they are at.

“This is all about progression for Leitrim and you have to compete against top quality teams and without a shadow of doubt, Monaghan are a top quality team. It will be how we deal with that and hopefully we will back up the performance of last Saturday and really go at Monaghan.”

When he does reflect on the win over Louth, it is the impact on the next generation of Leitrim footballers that stands out - “To look out on the pitch and see everybody with a smile on their face and especially the kids, it was great to see jerseys being signed.

“I’d say parents had difficulties getting kids in for baths for a couple of days afterwards with arms being signed. Leitrim haven’t had that experience for a number of years and I’m just glad that the lads got to experience it and I hope it gives them a real taste of what success brings.”

In the short term, the win should increase the confidence of a young Leitrim squad - “It was great to say that to you on Saturday evening that I told you so, I told you these guys were talented and I just hope that we push on from that, that we’re able to back up the performance again next Saturday.

“Obviously it is going to be very difficult against Monaghan but there is a good base there, there is a future there for such a young squad. People might have been criticising us throughout the year but if this bunch of lads stick together, they will get there.”

And Brendan is hoping that the Leitrim fans turn out in force for the Monaghan game - “We’re looking forward to getting back into Pairc Sean, it is great to have a Saturday game as well. It is not ideal that it is at half-two in the middle of the day which is difficult for supporters.

“But we’re hoping after the performance of last Saturday that people will come out and support us again because the support last Saturday was great and it gave the lads a great lift.