Leitrim get what they need with rousing win 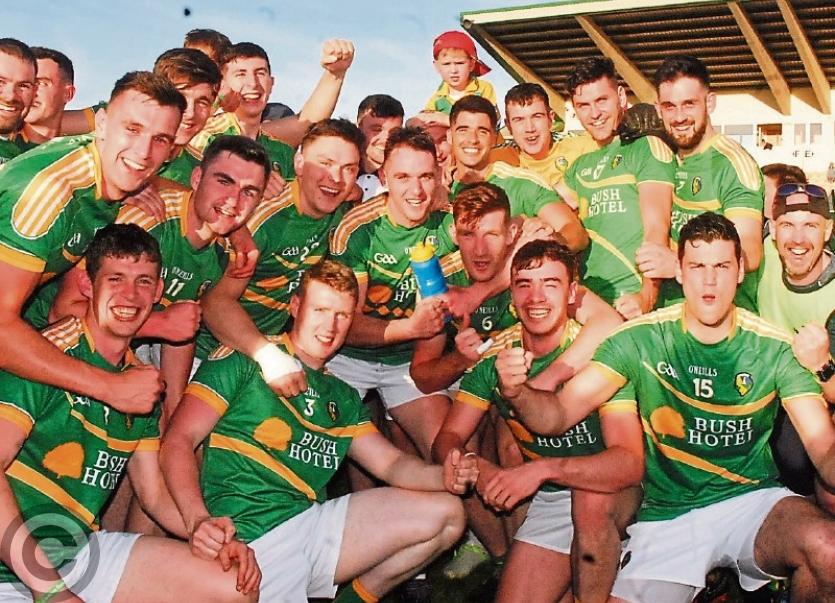 Everyone who follows Leitrim football wanted the lads to win against Louth on Saturday. The team needed a victory. One of the finest Leitrim attacking performances I’ve seen delivered both.

The sun was casting long shadows towards the new stand when Emlyn Mulligan, the last Leitrim player on the field, said goodbye to his parents Grace and Marcus. They’ve seen their son go through a lot for that green and gold jersey.

Three cruciate knee ligament injuries and the nine months of rehab that goes with each of them are the most tangible wounds inflicted. But like any Leitrim player, he’s suffered his share of heartbreaks too. In New York when his team needed him, he stood taller than the statue of Liberty.

Make no mistake, without him we would have been sent packing from Trump-town faster than an illegal emigrant. The artificial turf and extra time took their toll on his hinges. Against Roscommon he looked out of sorts, the jetlag not yet left his limbs and mind. But he is irrepressibly positive and immediately looked to the next game, knowing that is the only one that counts.

Against Louth he did what he does best – deliver under pressure, often when the rest of the team are looking for a leader or a way to get into the game. A first-half free and two exquisite points from play negated the goal that gifted Louth the perfect start to the game.

But this was a team effort and even more than the result, I hope the performance has a lasting impact on this side’s belief, resilience, and desire to remain together as a squad for years to come. Ryan O’Rourke came of age as a county footballer, as did Darragh Rooney and Jack Heslin. At the other end of the experience spectrum Paddy Maguire and Donal Wynne gave two of the finest performances of their long careers.

My father was fond of urging us to make a name for ourselves. Damien Moran did just that on Saturday. If the Bornacoola man can maintain his current form not a defender in the country will want to be issued with the task of marking him. With a name comes a reputation and Moran will be a marked man by Monaghan. Step up Damien. This is your time.

Lessons must be taken from the game too. How we deal with the opposition kick-out for example. Louth destroyed us in the first 25 minutes as we allowed them a free man to win (I think) 10 kick-outs in a row relatively uncontested. The sending off helped us greatly as we could go man to man and still enjoy the benefits of the sweeper in defence. It’s something the management team will have to look at against Monaghan who love to build from defence.

I couldn’t have cared less who came out of the hat. I say the same thing to all the lads as I’ve said to Damien: Step it up again. You raised your game to new heights against Louth. Now lift it to heights you didn’t previously imagine you could reach.

You’ll need to. This weekend you have won yourself the opportunity to pitch yourself against some of the best teams in the country at the moment. Be prepared for a level of physicality you haven’t experienced to date. Monaghan once bullied us in a game in Pairc Sean. Don’t let that happen to you. But don’t forgot to play with the verve and passion you displayed on Saturday.

In my last column I asked you all to open your chests and play with a spring in your step. Your manager Benny Guckian asked you to express yourselves. How you responded! Now realise you are limited only by your own thoughts. You have nothing to fear in Monaghan.

I want to take this opportunity to congratulate my former Melvin Gaels team mate Paul Brennan on his Ulster title. Paul contributed handsomely to Donegal’s victory over Fermanagh, notching up two fine points (as he did in the semi-final against Down).

Paul is holding down the centre back berth for our northern neighbours but with this Donegal side positions often account for very little and Paul, like the rest of his backline, covered most blades of grass in Clones. I had several conversations with Donegal men over the past few years trying to convince them that Paul would not only make their county team but would add to it.

A superiority complex – a hang-up from their All Ireland title, perhaps – prevented them from believing that a former Leitrim footballer would take the place of a Donegal player. I knew Paul’s power and pace would suit Donegal’s style perfectly.

Melvin Gaels were always accused of playing ‘Donegal’ football and Paul won Man of the Match in the 2012 Leitrim County final demonstrating it to perfection.

While I’ve always made it known that I was disappointed to see Paul lost to club and county football in Leitrim I always wished him well. I was thrilled on Sunday for Paul and his family that the effort he has put in since his move has reaped such tangible rewards.

Paul always kept himself in exceptional physical shape but he has added a level of maturity to his game that is reflected in just how calm, comfortable, and decisive he is on the ball. Throughout the national league he was regularly the Donegal player ‘assisting’ a scorer with a pivotal last pass.

Ulster titles aren’t easy to come by. While working with the Donegal News I covered Donegal’s final defeats to Armagh in 2002, ’04, and ’06. They have appeared in a remarkable seven finals since 2011, winning four including Sunday’s.

I look forward to cheering Paul on in Croke Park later this year in the Super 8s and I believe there is more to come from this exciting Donegal team. As I do for this exciting young Leitrim team.