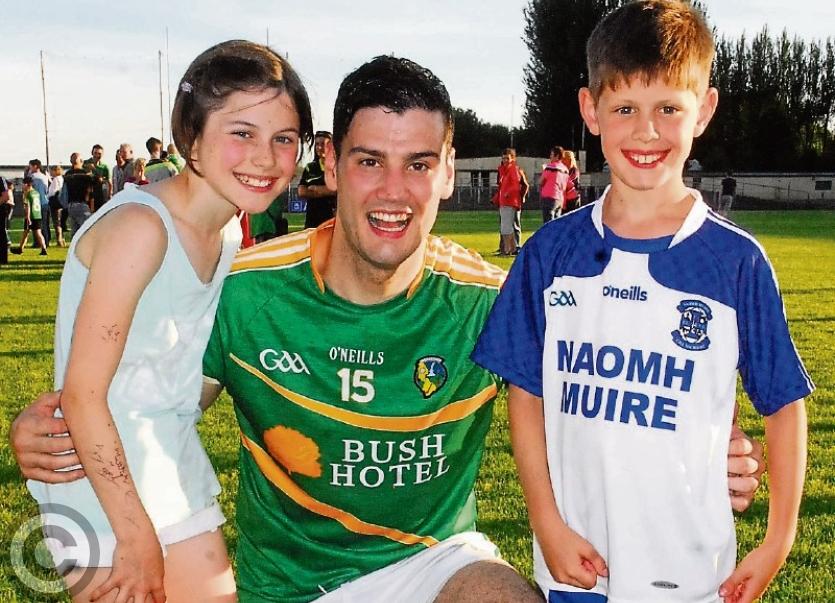 For a man who had just enjoyed the sort of day young players dream about, Damian Moran was concentrating more on the team’s performance than his own.

“Some days everything just go right for you,” Damian told the Observer, “and I think today, the second half, I just had the luck and the ball is popped off to me when I’m in space and the ball just goes over for me.

“Look, you will have days where you couldn’t hit a barn door but today it just clicked. I think it was six but I probably kicked five or six wides but look, they won’t all go over. I’m delighted myself but the performance, to be honest, from one to 21 was phenomenal.

“I’ve never seen so many lads to go down with cramp, putting heads in where you wouldn’t put your foot.”

Asked what victory actually meant, Damian said “It is hard to put it into words. We’ve had a lot of doubters, we’ve had a lot of negative results but this group is tighter than it ever has been and we were absolutely bouncing all week.

“For the last couple of weeks since we got the home draw, we’ve been absolutely chomping at the bit of this game and it showed out there today, we’re absolutely delighted with the result.”

And the Bornacoola clubman saw the Leitrim squad were determined not to let negative talk get to the team before the Louth game - “There is always going to be hurlers on the ditch or people talking outside the camp but that happens in every county and every walk of life.

“We just do our own thing inside and the management are great, we just do what we’re told, we focus on the job at hand and we kinda block out what’s going on outside the camp and today we showed if we stick to what the plan is, the rewards will come.”