Days like this make it all worthwhile for Emlyn 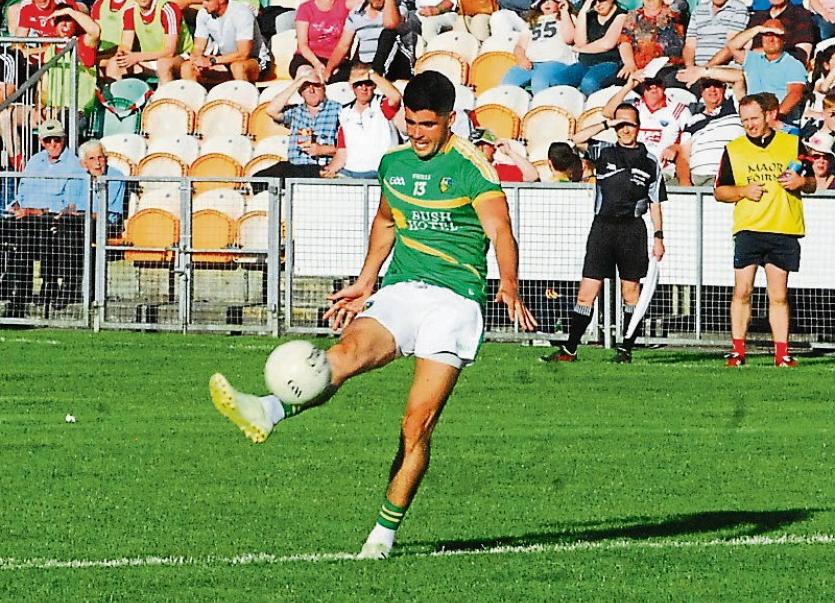 If anyone in the Leitrim ranks can truly appreciate what Saturday’s win over Louth means, it is Emlyn Mulligan who has overcome debilitating long term injuries and wears his Leitrim heart on the sleeve.

With Pairc Sean finally emptying of delighted Leitrim fans, Emlyn was still signing autographs and was the last player left on the field but he graciously made time to explain just what last Saturday’s victory means to him.

And after overcoming serious injury, it made all the hard work to get back player worthwhile - “It does of course, it puts all the winter months you put in to get back on the pitch, it makes it worth it.”

But rather than thinking of himself, Emlyn highlighted the impact the victory would have a new generation of Leitrim stars - “We’ve only had two qualifier wins in the last 18 so just to put up number three, for the young lads especially, for the likes of my own clubmen Darragh Rooney and Cillian McGloin and Ryan O’Rourke.

“These guys deserve that because they’ve been itching at it in training and challenge matches but unfortunately, it hasn’t come out on the day that they needed to do it. But in fairness today, I thought at times it just clicked and we did go a bit more offensive that we did against Roscommon.

“But coming into the game, I thought that if we did click, we’d be well capable of winning the game.”

And Emlyn insisted that the good mood in the Leitrim camp was unaffected by the loss of six players from the squad - “Regardless of the negativity with lads leaving, that never affected the lads at all. I suppose if you look at the team that started against Roscommon and then the likes of Darragh starting there, Rourkey starting and Damian, it gave us great firepower and kicking 25 points was huge for us.”

And that unity was key in Leitrim’s victory - “There is a great unity there in fairness. Look the lads left, no disrespect to them, they have other things to do and they put the hands up, most of them, after the Roscommon game and said they were heading off.

“We had no qualms about it and we just wanted know who we’d have. There is a squad there and I think we had only 24 players fit there today, we barely had the makings of the squad but it didn’t affect the younger lads.

“There is kind of an attitude in there with the younger lads, If it was me, I’d be worrying about this or that but they just don’t care. It didn’t bother them, they were just glad to get a game and they were more worried about that than worrying about lads leaving.

“I’ve been around many a panel and it has happened every year but I still knew we had a good core of the team there to go out today and their attitude since the Roscommon game has been massive.

“We went straight back training on the Tuesday and we’ve had a good four weeks at it and we knew coming in today that the preparation had been very good number one but the draw was favourable for us.

“We knew looking at Louth, they had a poor enough defensive record in the league, they hadn’t a whole pile of wins and we knew they’d be vulnerable if we got at them. We got back within touching distance at halftime and we came out flying after halftime for the first ten minutes, we kicked on, we kicked three, four, five points there after halftime.”