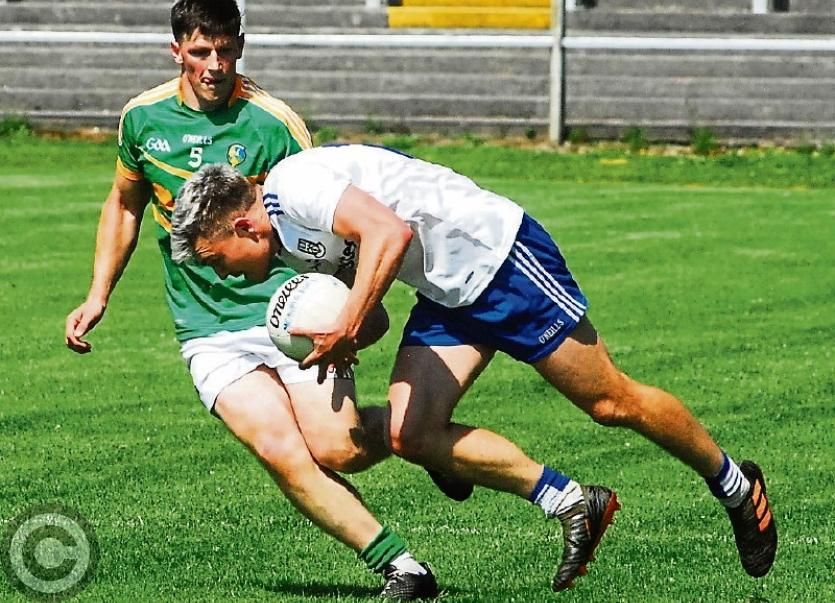 You could say that Micheal McWeeney was feeling the heat last Saturday - the heat of a blistering warm day and the heat of the white hot intensity of championship football.

With temperatures hitting 30 degrees, Micheal was less than impressed with the starting time for the game - “The 2.30 throw-in was questionable by the GAA. It was intense out there, I think out of all of the championship matches we played this year, New York was the coldest!”

Micheal also used the phrase ‘heat of the moment’ to describe Conor McManus’ challenge in the first half that many felt should have earned the Monaghan All-Star a red card but the St. Mary’s Kiltoghert clubman was a bit more understanding.

“It was heat of the moment,” recalled Micheal, “I think it was more the fact that my ankle was strapped up, he caught me nicely with the studs but thankfully, it ran off. I thought I was in trouble for a while for the first two minutes but it shook off but I might feel it now when the adrenalin goes out of the system.”

“We were trying to run the ball out of defence and that took its toll. They were able to find the pockets with good kick passing. You could see the pressure was on the boys kicking the ball - last week against Louth that pressure was off but you could see that from the opening minutes today, it was much more intense than the week before.

“Even to come out with the ball, we didn’t have time to think about it. With 20 minutes gone, we were level with them and we had the chances, two goal chances and it shows those chances have to be taken.

“It is a learning curve for the boys, we stood up to them, we counter-attacked them, it was man on man. I know Quinner was sitting back but we broke upfield when we could, we didn’t sit back, we didn’t fear them and there is definitely something there to work on in the future.”