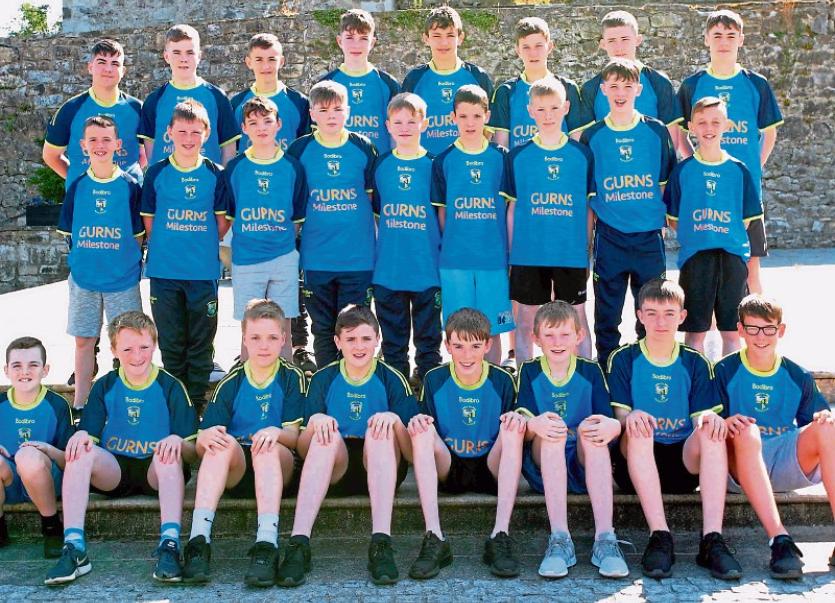 After an exhausting weekend, only a point separated Glencar/Manorhamilton from All-Ireland glory at last weekend's Féile Peil na nOg Festival.

Held in Meath, Down and Louth, the Féile saw Glencar/Manorhamilton come up against some of the country's most famous clubs and they were only denied victory in the Final by a solitary point on a 0-5 to 0-4 scoreline.

Glencar/Manorhamilton started off their campaign with a 7-18 to 0-1 destruction of Down's Saval but then suffered defeat when Graiguecullen of Carlow prevailed on a 3-5 to 2-4 scoreline.

Their final group game saw them easily defeat their hosts Liatroim Fontenoy's by 2-13 to 0-3 to qualify second from the group.

In the first quarter-final, Glencar/Manor easily accounted for Galway's Craughwell by 2-6 to 0-1 and they registered the same 2-6 in the semi-final but held Killarney Legion, the club of Kerry star James O'Donoghue to just three points, 2-6 to 0-3.

That set them up for a Final meeting against Derry's Ballinderry who had seen off Graiguecullen rather comfortably 2-8 to 1-0 so the odds seems set against the North Leitrim side.

But Glencar/Manor rose to the task and after an epic encounter on Sunday in Clonduff, the Derry side prevailed 0-5 to 0-4 to lift the title.

Fenagh St. Caillin's came through their group undefeated after victories over St. Colman's Drumaness (1-11 to 0-3), Scotland (2-10 to 2-2) and Bredagh (0-11 to 0-2). But they had the misfortune to come up against eventual winners Granard Ballymore in the Quarter-Finals with the Longford side winning 2-6 to 1-2 to end their campaign.

In the Girls Division 3, Glencar/Manorhamilton flew the Leitrim flag and opened with a 3-4 to 0-4 victory over Down's Rostrevor. They then fell to a heavy 7-14 to 0-3 defeat to Waterford's Ballymacarbry who went on to reach the semi-finals.

However, they bounced back with a 5-10 to 1-3 victory over St. John Bosco to book their place in the semi-finals. Unfortunately, their campaign ended at that point when St. Ciaran's of Offaly 6-2 to 3-4 on Saturday evening.