Important to keep young team together for future warns Bohan 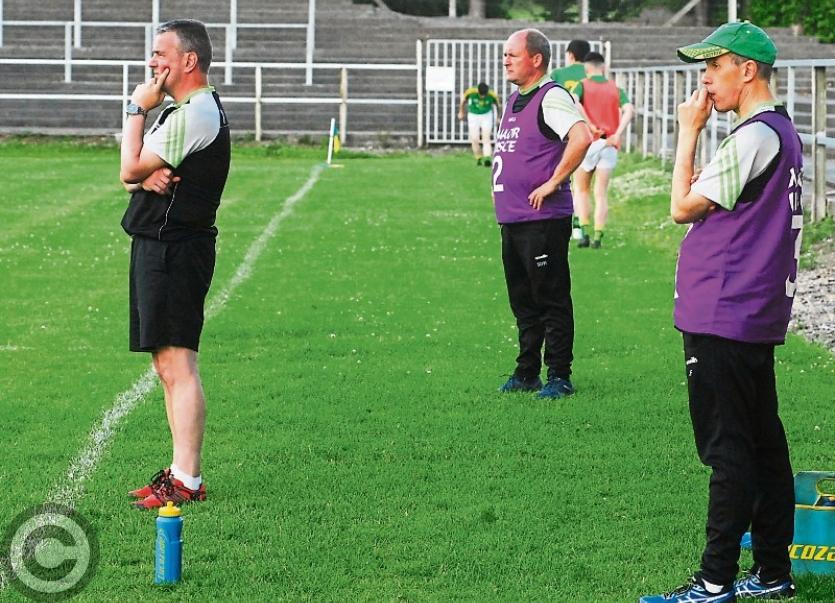 Leitrim needs to keep this crop of U17 footballers together in the coming years as manager Gene Bohan predicted that five or six of them will go on to star for the County Senior team in the years ahead.

Leitrim finished their Connacht U17 Championship campaign last Friday night with a 4-17 to 1-11 defeat at the hands of Galway but manager Gene Bohan stressed the importance of keeping this group of players together in the immediate and long term future.

“It would be very important to keep these lads together,” stressed Gene, “We had a little chat with them, their heads are down but we tried to explain to them it is a long road ahead, there is a lot of work to be done, there is a lot of strength & conditioning to be done.

“There is a lot of work to be done along the road to make that grade to U20 and Senior but I’d be very disappointed if five or six of those lads don’t make that transition to Senior football, there is some excellent talent there.

“And there are some lads who maybe aren’t as strong as they could be and hopefully they will push on as well.”

Bohan’s positivity saw him claim last week that Leitrim were targeting Galway’s scalp but he agreed the Tribesmen are a formidable outfit - “They are a wonderful team. We had a great win over Sligo which was a great lift for the players and it was a great lift for ourselves. We’re hoping to put two wins back to back to finish off the year but I think you just have to applaud a very good team on the evening.

“We feel, given the circumstances, we could have rattled Mayo and we thought we had Roscommon on the rack until we lost the man but this evening was just a step too far for us. That is a very good Galway team and I’d be very surprised if they are not in the shake-up for the All-Ireland.”

Looking back on the game, Gene felt Leitrim started well but never recovered from a 3-3 blast in five minutes - “We got quite a good start, the lads were up for the game. We thought Galway might be slightly vulnerable with them in the final next week and they might be minding themselves.

“The lads went out and got stuck in but there was that five minute spell where they just picked off three goals, whether we went to sleep or Galway just drove on. But the lads rose it again just before halftime, got a few scores and tried our best to get back into it.”

Looking back on the year as a whole, Gene paid tribute to his management team and the players for their commitment even if there were a few wobbles along the way - “I was asked in the middle of January to get involved, quite surprised to be asked to be honest because I wouldn’t have had any experience at this level up until now.

“Delighted to be asked, gave it everything I could along the way, made mistakes which everyone will but was delighted to work with a great bunch of lads, a lot of positives.

“What I take from the year is hopefully I have contributed something to the future of those lads when they push on and maybe when they are 25 or 26, they might look back and say Shane O’Rourke, Jimmy Farrell, Anthony Conway and Gene Bohan helped me to get to this stage.”