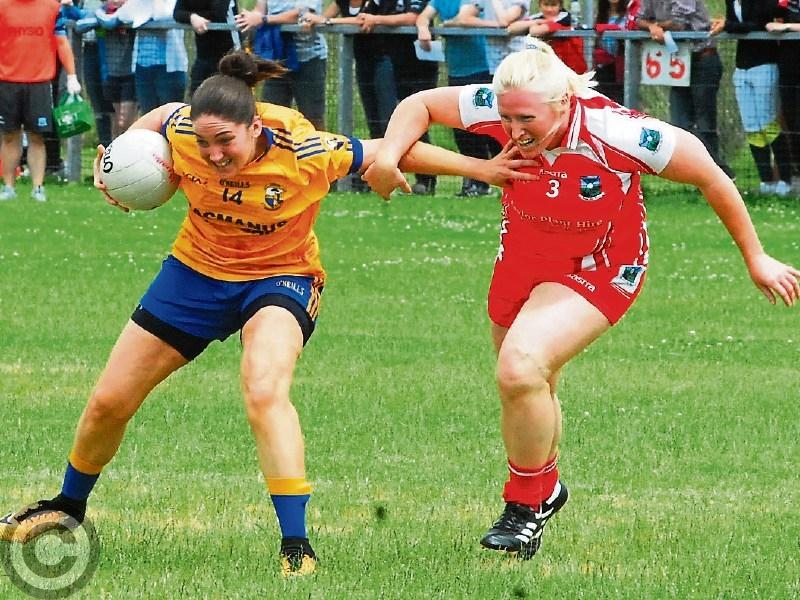 We've known for some time that Glencar/Manorhamilton are the coming force in Leitrim Ladies football but that future is now after they claimed the Division 1 title last Sunday.

Up against their deadly rivals Dromahair in the Senior League Division 1 decider in Leitrim Gaels Community Field, the young Glencar/ Manor side withstood everything Dromahair threw at them to emerge victorious in a game that is much closer than the scoreline suggests.

Indeed, Dromahair had a chance to reduce the gap to two points but Anna Conlan missed a close range free and Manor broke downfield for Muireann Devaney to convert a free that sealed the victory.

Yet it was their veterans in Anna Conlan, Sinead Kelly and Erin Farrell who drove them on most and any team that wishes to subdue Dromahair will have to work hard to stop their dynamism and hard running.

But Glencar/Manor were able to do that for periods with Dearbhla Rooney and Melissa Hewitt working hard to restrict Dromahair's chances but upfront, Manor's scoring threat is truly immense.

Ailbhe Clancy led the way with a superb 1-9 and she was at the heart of Manor's victory, her leadership superb while Muireann Devaney was always a handful.

In defence, Glencar/Manor dropped a player to help out and the addition of former Sligo player Cammie Kennedy to their ranks compensated for the loss of Amanda Sweeney.

Mary Farrell got Dromahair off to a good start with a first minute free while Edel Kelly was unlucky to see a shot hit the crossbar and go wide. Glencar/Manor's first score was a typical affair as they got the ball to Muireann Devaney for a close range goal.

Dromahair showed they are made of stern stuff and hit back in spectacular fashion. A long ball to Erin Farrell saw her off-load brilliantly to an inrushing Anna Conlan who buried low in the net. Barely had the cheers died down and Dromahair had the ball back in the net, Sinead Kelly's shot sneaking in under the crossbar .

It remained tit for tat for the next ten minutes with Anna Conlan hitting three frees in response to three points from Clancy (2) and Devaney but then, approaching halftime, Dromahair seemed to fade and Glencar/Manor drove on.

A Clancy free was followed by a great move ended with a lovely Clancy point to close the gap but Erin Farrell hit back following good work from Laura Fowley & Mary Farrell.

The crucial score came with a bit of fortune as a Manor counter attack saw their charge seemingly break down. But Dromahair never claimed possession and Ailbhe Clancy showed great determination to blast the ball to the net.

That put Manor a point up but it didn't last long as Devaney put over a point before Leah Fox planted a great shot in the roof of the net in the last minute of normal time.

Glencar/Manor rubbed salt into Dromahair wounds with two more Clancy points to give them a commanding 3-10 to 2-6 halftime lead.

Glencar/Manor were intent on extending the lead with Devaney seeing a shot blocked before Clancy put over another free. But Dromahair are fighters and a foul on Laura Fowley after a great move out of defence led to a penalty expertly converted by Conlan.

Orla Kelly steadied Manor with a fine point on 12 minutes but a minute later, Dromahair won another penalty after Amy Fowley's run caused consternation and led to a foul on Erin Farrell, Conlan dispatching a second penalty.

That left just a goal in it with more than a quarter left to play but the scores dried up with bad misses from both sides while Devaney and Fox both had close range shot blocked by a tigerish Dromahair defence.

A poor kickout led to Ailbhe Clancy's point on 55 minutes but a Conlan free kept Dromahair within reach and they almost goaled when Conlan saw a low goal bound shot stopped on the line. Conlan had a chance to close the gap to two points but put a close range free wide and Glencar/Manor sealed the win with a late free from Devaney.

Main Woman: Ailbhe Clancy was the woman who was at the heart of everything Glencar/Manor as her speed and strength caused Dromahair huge problems. Dearbhla Rooney, Aoife Gilmartin, Cammie Kennedy,  Muireann Devaney and Karen Connolly all stood out. For Dromahair, Anna Conlan, Edel Kelly, Sinead Kelly, Erin Farrell and Mairead McMorrow were impressive.

Talking Point: Is this the start of much talked about Glencar/Manorhamilton domination of Ladies football in Leitrim? With the exception of three or four  players, most of this team are well under 20 years of age and could be around for a long enough time to challenge Aughawillan's incredible record.

Turning Point: Leah Fox's goal just before halftime turned Manor's narrow lead into a healthy one and gave them the room to withstand Dromahair's fightback.

Ref Watch: Ray McBrien got a lot of grief from the sidelines and  could have flashed a few more yellow cards, to both sides, for persistent fouling but all in all, a solid outing.

Highlight: Leah Fox's goal was a special strike but Anna Conlan's two precisely taken penalties were real impressive, particularly with the pressure on the second kick.

Lowlight: An awful lot of fouls in this game and little free-flowing football that we have come to expect from both these teams. Some bad wides also spoilt the spectacle for fans.