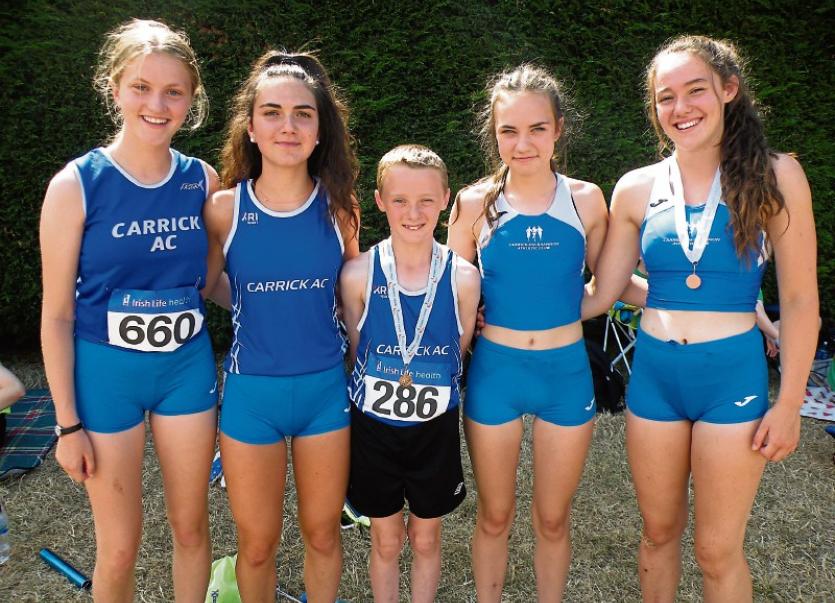 Carrick AC's Gerard O'Donnell continued his pursuit of a European Championships 110m Hurdles qualifying time over the weekend with two sub 14 clockings at the French Championships.

As a guest with the Spa Vernon Club, Gerard was entitled to run in the prestigious French Elite Championships in Albi in France over the weekend and the Carrick AC athlete made the most of the chance.

Running in Saturday's heats, Gerard finished second to former European silver medalist Garfield Darien in a blistering time of 13.83 seconds, his fastest ever but unfortunately, the wind of plus 2.7 m/s was above the two metres per second limit.

Gerard qualified as one of the fastest losers for the first semi-final where he came up against Olympic Games fourth place and sub 13 hurdler Pascal Martinot Lagarde. With the wind at 0.7 m/s, Gerard clocked a time of 13.98 seconds to take third in the heat.

Unfortunately, the wind played its part again as the Leitrim athlete was denied a place in the final by thousands of a second after he was clocked at the same time as Jordan Rama in the third heat. Rama had the benefit of a stronger wind of 1.7 m/s behind him which may have made all the difference when deciding on who reached the Final.

It was Gerard's first time ever to put two sub 14 performances back to back on consecutive days and a good sign for the coming weeks as he chases the B standard of 13.85 and the A standard of 13.75.

Carrick AC's Aine McGwynne pipped clubmate Alanna Murray for third place in the U16 100m Final. In the heats, Alanna won her heat in a time of 13.91 seconds with Aine sneaking place in her heat with a time of 13.96.

In the Final, Aine got away to a strong start and despite Aine closing the gap all the way to the finish line, Aine's time of 13.93 was enough to see her pip Alanna's 13.95.

In the Boys U12 600m, Patrick Kennedy won a bronze medal in a really tough race. Up in the first heat, Patrick trailed at the back of the field after 200m but then put in a steady surge to get up with the leader with 200m to go.

A strong push put him in front going up the home straight but the Carrick AC athlete was caused by West Waterford's David Gaffney close to the line. With the medals going to the best times over two races, both Gaffney's 1.46.28 and Patrick's 1.47.30 was beaten by Annalee's Fionn McNamara who ran 1.45.24 to take the gold medal.

Also held in conjunction with the B Championships, the Relay events saw Carrick AC's U16 Girls team of Aine McGwynne, Alanna Murray, Ellie O'Rourke and Sophie McCabe finish seventh in the final.

The Carrick girls ran 54.35 to take third in the heats before improving to 54.12 in the final for seventh place.

Leitrim will have competitors in action in the 100m and hurdles events, the walks as well as the 3,000m races with the walks likely to be Leitrim's best chance of picking up some hard won medals next weekend.