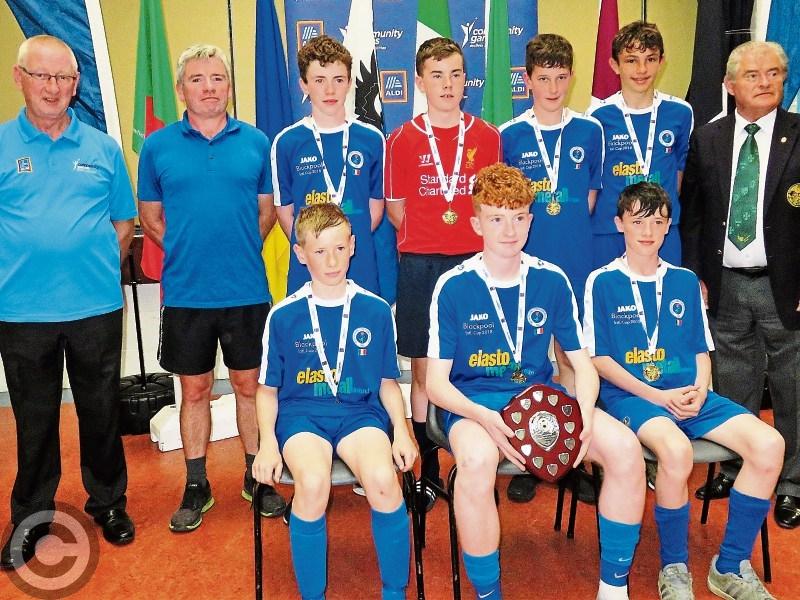 Drumshanbo took gold in the U14 Spikeball, which is a version of volleyball for young players, while Manorhamilton were victorious in the U15 Futsal competition on Saturday.

There was also some great performances from the county's gaelic football teams with Carrick-on-Shannon (U10), Ballinamore (U12 Girls) and Manorhamilton (U14 Girls) all reaching their finals on a weekend hosted by Leitrim Community Games.

With over 60 teams involved from the five counties of Connacht and over 800 competitors involved through prelims, semi-finals and finals in 10 activities in 22 events, it was an exciting day of sport.

Appreciation is extended to all the volunteers, co-ordinators, and officials, without whose support these Finals could not go ahead. Thanks also is extended to the schools, colleges, sporting parent bodies who put their excellent facilities and personnel at our disposal and also acknowledging the excellent done by Connacht Community Games Council and the Leitrim County Committee headed by Mary Keenan, Connacht Chair.

Both Connacht and Leitrim Committees wish to acknowledge the support of everyone who helped in any way to make this truly sporting day for competitors and supporters, to the National CEO and HQ Office staff, the National Board of Directors and the National Sponsor Aldi.

No Finals: Bullaun/New Inn U14 Camogie; Clarinbridge Galway U11 Hurling ‘A’; FBD Roads Roscommon U11 Hurling ‘B’; Kilnadeema/Leitrim Galway (U14 Girls Spikeball)

All winners will represent Connacht Community Games at the Aldi Community Games National Finals in University of Limerick on the weekend of August 17-19, and we wish them all the best of luck in the finals 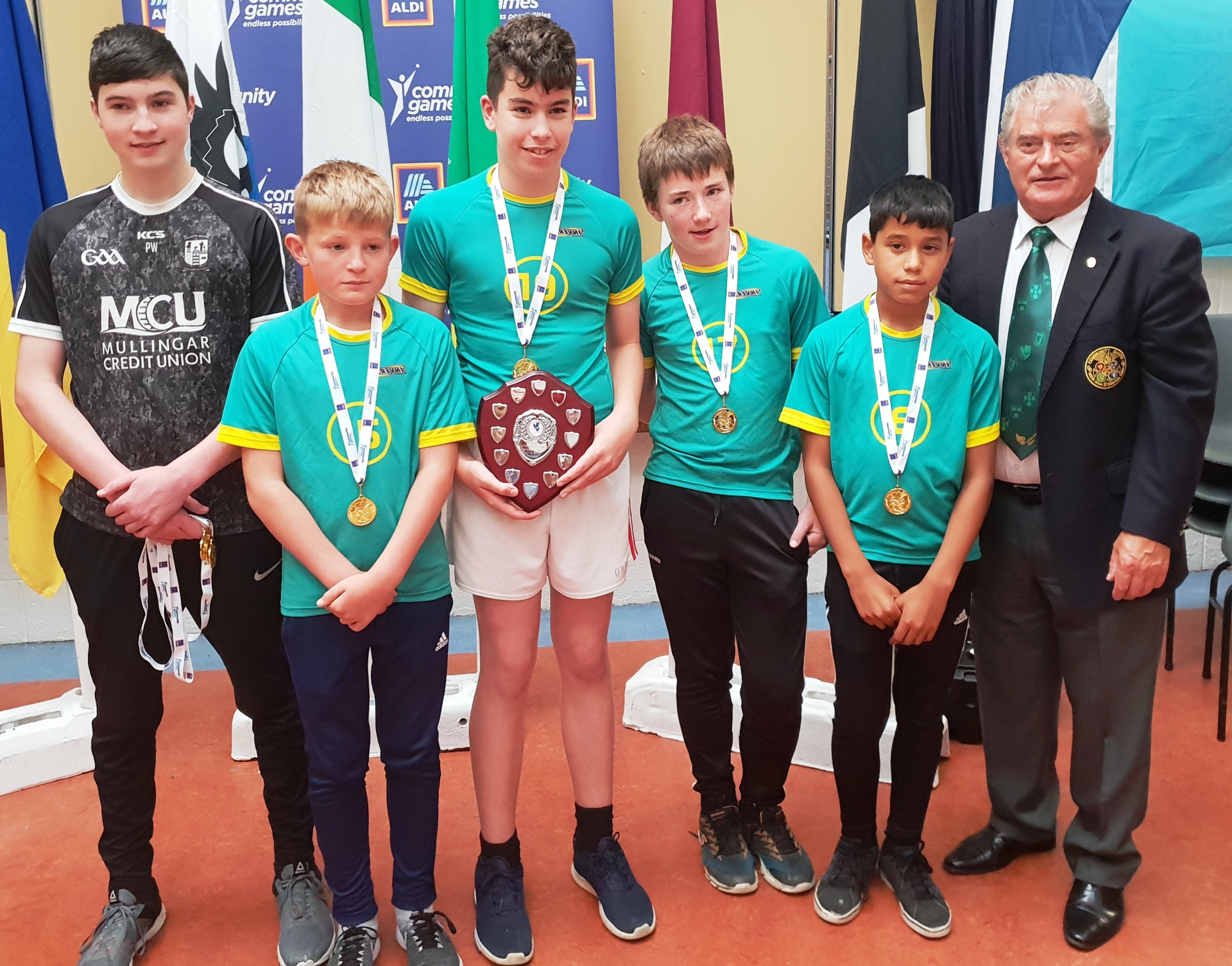 Unbelievably, in their very first entry in spikeball, Drumshanbo gave the Loughrea area their fourth loss of the season in a final. This was the biggest shock of all. Drumshanbo entered to mark the fact that Leitrim were hosting the Connacht games and, in their wildest dreams, they did not expect to be champions.

They even had to travel to Galway as well, as the match took place in Ballygar Community centre.

Loughrea raced ahead several times in the first set by as much as four points but each time Drumshanbo came back. It was the same in the second set but Drumshanbo were just ahead when the clock struck.

Coach Peter Winters changed to a more defensive shape for the final set but it was still level at 8-8. Then suddenly Daniel O’Loughlin’s serve caused problems and the Drumshanbo area, for the first time took a decent lead.

Karl Winters (captain) caused problems with his serve throughout, and attacked well along with Padraig Kane and Karl Foley. Adam Casey and Cian Dennis was the masters of defence getting down low to keep the ball off the ground.

All six played a full part. Dean Cornyn, ill on the day, was also on the panel and they were also trained by Gareth Gilmartin. He was away at Irish squad training for the weekend and could not attend. They next play in Limerick on August 18.