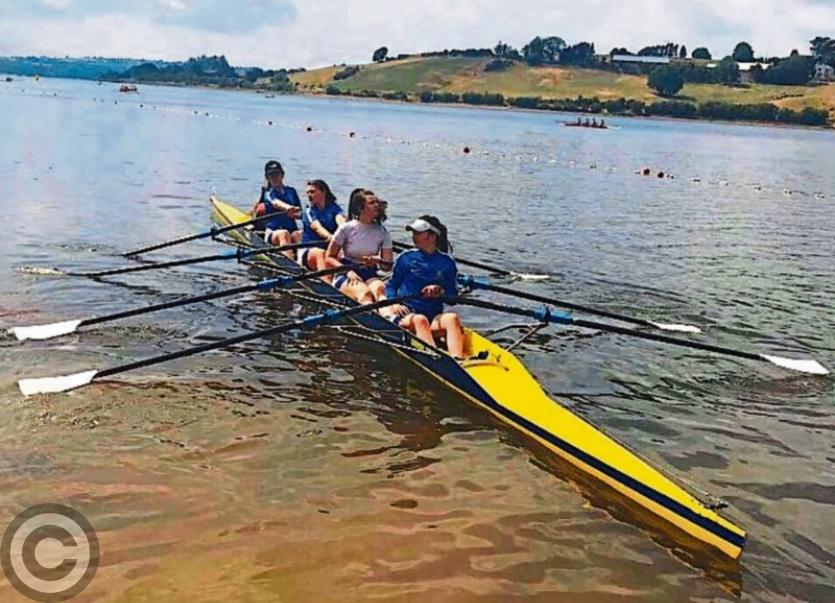 The All-Ireland Rowing National championships were held down in Inniscarra in Cork last weekend and Carrick rowing club had their rowers down to attend.

It was a great weekend of racing with record numbers coming from all over the country to compete.

On Friday, we saw Fintan Earley and Roarke Toale racing in the very tough men’s J18 1x. Roarke Toale had a great race but didn’t qualify to the next round but Fintan won his heat and made it to the semifinals.

On Saturday morning we had Fintan Earley and Jack McMahon racing in the men’s club 1x. Both had a great race and Fintan came third overall.

Shauna Murtagh WJ18 and Nour Stevens WJ16 1x both rowed very well but neither qualified for the finals.

On Sunday we had our last crew racing, WJ16 quad with Nour Stevens, Ava Brogan, Ailbhe O’Rourke and Orlaith Guckian who did very well in their heats but did not get to semis.

A past member of CRC Thomas Earley who won in the inter 8 with UCD. Also, earlier this summer, past member Ella Brogan was chosen to represent Ireland at the Home Internationals which takes place next weekend.

The club should be attending the Sligo regatta on July 28, and will be bringing some of the newer crews along to race. The Carrick regatta will be held on August 5, with more information in next week.