Manor into final as Ballinaglera relegated 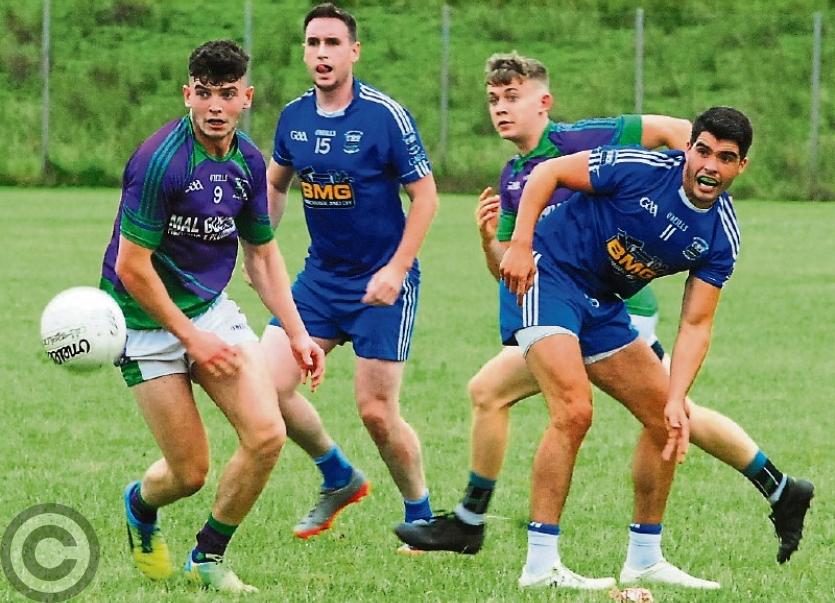 Glencar/Manorhamilton will contest the Dunnes Bar Division 1 Final this year but they must wait to see who they will face with three clubs still in the hunt.

On a weekend when Ballinaglera were officially relegated back to Division 2, Glencar/ Manorhamilton reached yet another Division 1 Final with a comprehensive 1-18 to 0-12 win over St. Mary's Kiltoghert.

Behind them, Ballinamore Sean O’Heslin’s, Mohill and Fenagh St. Caillin’s are all battling it out to join them in the Final with Ballinamore dropping vital points to Gortletteragh, their 1-13 to 3-7 draw seeing them level on points with Mohill.

Defending League champions Mohill had three points to spare over Drumkeerin, 0-16 to 1-10 and the situation is further complicated by the fact that if the two teams win their remaining game, they will both be locked on 16 points and a playoff needed.

That is due to the fact that Mohill conceded a walkover, bitterly contested by the Mohill club, to Ballinamore.

It gets even more complicated with Fenagh St. Caillin’s also still in contention on 14 points and a game less played after their clash with Aughawillan was called off due to a bereavement. A win in that game would leave Fenagh level on 14 points and they face Ballinamore in their final game.

Victory for Ballinamore would mean a playoff with Mohill but a Fenagh win would see them into the League Final as they have the head to head result against the reigning League champions.

At the bottom of the table, Ballinaglera’s 2-19 to 2-9 loss to mountain neighbours Aughnasheelin sealed their relegation and lifted Aughnasheelin out of the drop zone. They are still not safe but a win over Aughawillan would see them safe in the top flight.

Crucially, the only head to head relegation battle in the final round will be the meeting of Aughnasheelin and Aughawillan but the fate of four teams may come down to how interested other teams are in their final games.

Drumkeerin will face Glencar/Manorhamilton and Leitrim Gaels take on neighbours St. Mary’s Kiltoghert, both local derbies of a sort and much will depend on how much each team had to play for.

Leitrim Gaels lost by four points to Melvin Gaels, 0-10 to 0-14, a result that took the Kinlough men out of the relegation mire and left them safe with nothing else to play for, much the same situation that Gortletteragh and St. Mary’s will find themselves in for the final round. 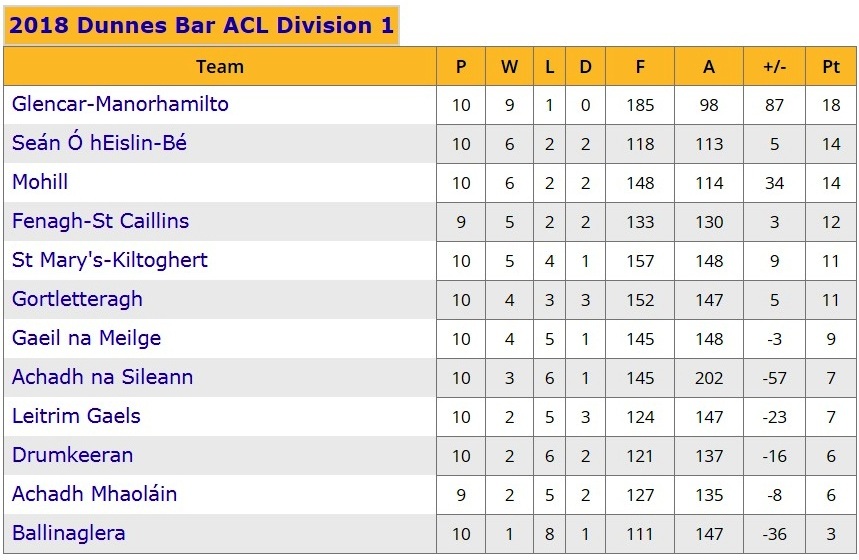