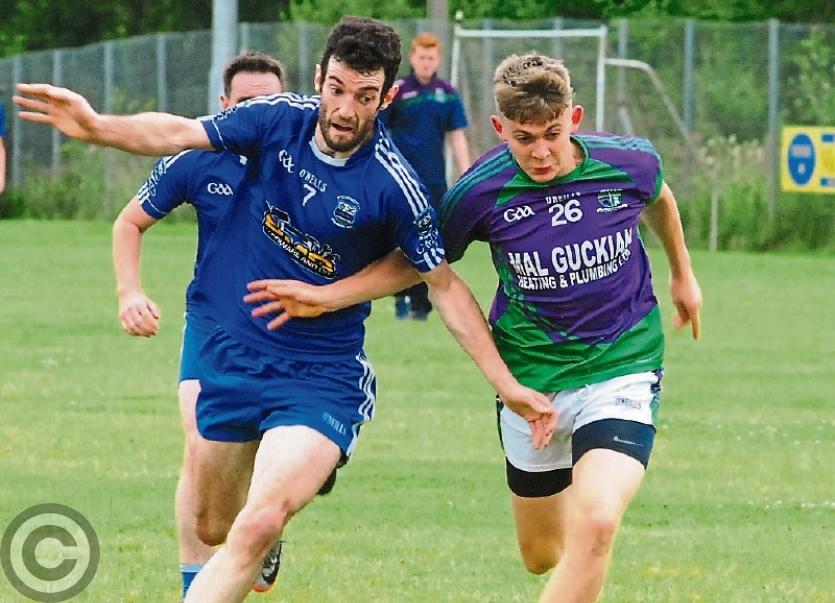 Some decisions have far reaching consequences and the decision of Cloone to concede their game against Allen Gaels last Saturday means Division 2 now faces a playoff to decide who gets promoted and reaches the League Final.

With the Club Championship just a week away, Cloone’s decision may be right for their club but it means that St. Patrick’s Dromahair and Allen Gaels are now left on 18 points each and scoring difference cannot be used.

The head to head is also out as the two clubs drew just ten days previously so another meeting must now be fitted in to see who faces Annaduff in the League Final after Karl Foley’s team drew with Dromahair last Saturday evening, 0-10 apiece, to find the League with 19 points.

A win for Dromahair would have seen them promoted and Annaduff consigned to Division 2 for another year but it is Annaduff who will be playing Division 1 football next year with either the Gaels or Dromahair to join them.

With the emphasis now turning to the Championship, that game may not now take place to late September at the earliest depending on the progress of both teams in the Senior Championship.

At the bottom of the table, it seemed more like a race to get relegated with Ballinamore conceding two games last Wednesday to Bornacoola and Sunday to Carrigallen to ensure they made the drop back to Division 3 along with the already doomed Melvin Gaels.

Mohill’s strong second team stay up, having lost 2-13 to 1-13 to Carrigallen and then “playing” a 0-0 draw against Mohill at the weekend, sharing the spoils to keep both teams safe.

The only other game to take place saw Kiltubrid beat Glencar/Manorhamilton 4-15 to 2-13 before the north Leitrim men received a walkover from Drumreilly to conclude the season. 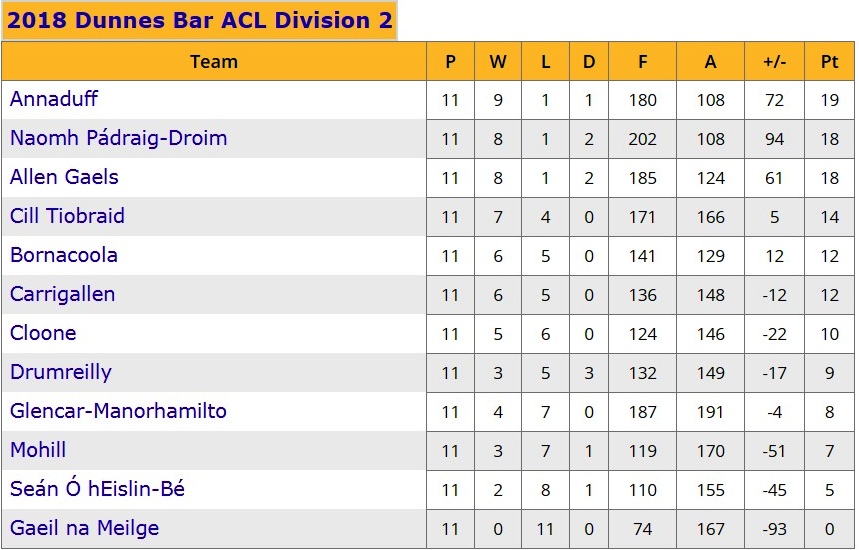