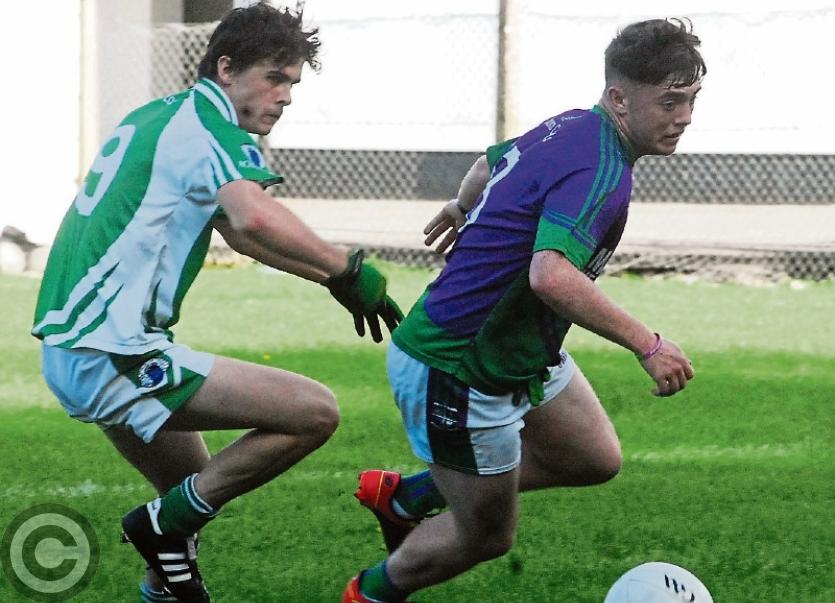 If ever there was a game that summed up the need for reform of Leitrim competition structures, then this destruction of Aughavas by Leitrim Gaels is it.

With a full division in League football between the teams, Aughavas came up against one of the favourites for this year's Intermediate crown and saw their time playing Division 1 football has made them a formidable proposition.

It wasn't that Leitrim Gaels were firing on all cylinders, they never truly ever hit top gear, but their strength in depth and standard of football they have been exposed to over the last two years meant that a battling Aughavas never truly had a chance.

The addition of Stephen Goldrick has given Leitrim Gaels even more firepower and even missing players like Enda Moreton, they had too much strength here. They weren't at their best but you get the feeling that the team that beats them will have to work really hard to do so.

Strangely given the final scoreline, this game started out quite close and competitive as Leitrim Gaels struggled to get their rhythm going. Stephen Goldrick and Eunan Treacy (free) put the Gales two up after just three minutes but Seamus Sweeney scored a nice point from play on five minutes.

Good work from Eoin Kenny resulted in Fintan Gallogly scoring a nice point and they could have taken the lead but Sweeney missed a free. Eunan Treacy put over a free but Sweeney responded in similar fashion for Aughavas on 11 minutes.

Leitrim Gaels should have goaled when David Bruen’s long ball broke for Shaun Chandler but his shot was saved by Colin McKiernan, the Leitrim Gaels man swiping the ball wide with the goal at his mercy.

Stephen Goldrick put over a lovely point from the wing but Aughavas hit back with a good Trevor Farrelly score, a goal briefly on but the point nicely taken on 17 minutes.

However, the final 10 minutes of the half saw Leitrim Gaels finally hit their stride with Conor Guckian scoring a lovely point on the run and then Aidan Flynn scoring after good work from Eunan Treacy.

Despite three wides, the Gaels continued to surge clear and points from Treacy and Colm Moreton were followed by the killer blow of a goal, David Bruen and Aidan Flynn setting up Shaun Chandler for a palmed goal just before the break.

That left the Gaels with a commanding 1-8 to 0-4 lead at the break and they quickly put the game beyond reach when Aidan Flynn drilled a good shot to the net just a minute into the second half, Treacy quickly adding two more points.

Seamus Sweeney did put over a free on five minutes but the Gaels firepower were demonstrated with three points from Aidan Flynn and Eunan Treacy (2) inside two minutes and although the scoring rate naturally slowed, Leitrim Gaels were at their ease.

Treacy swapped points with Eoin Kenny before Aidan Flynn, sub Narada Patrasco, Conor Guckian and Patrasco again all added points in a seven minute spell. Sweeney did tap over another free for Aughavas but there was still time for Treacy to add two more points for a comfortable Leitrim Gaels win.