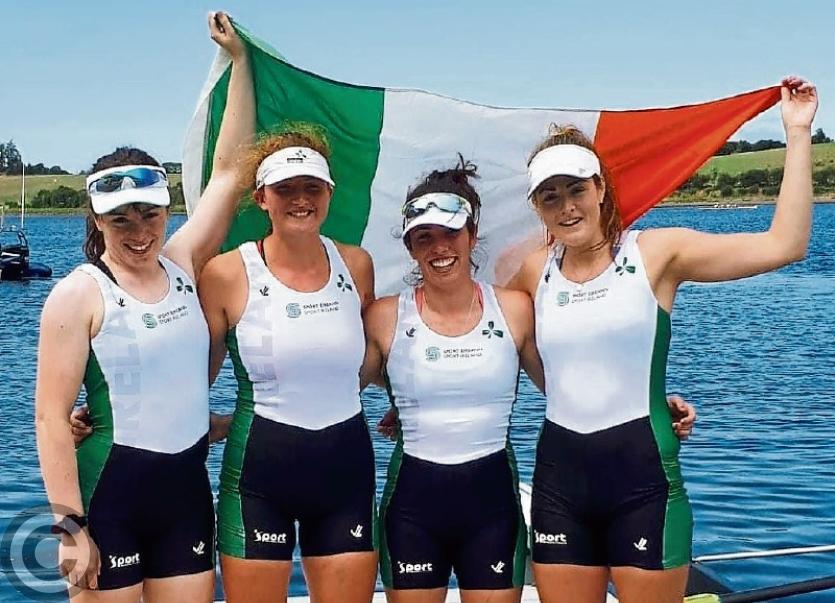 Dineka Maguire is pictured third from left with her Irish teammates.

Dineka Maguire, a daughter of Thomas and Mary Maguire from Rossinver, was part of the Irish Women’s Cox-less four team who won the Home International Regatta at Inniscarra in Cork. Coming from a sporting family it is no surprise international success runs in the family, with father Thomas Maguire having international accomplishments for many years in the sport of tug-of-war.

Maguire previously represented Ireland at the event in 2015 and 2016 and Dineka teamed up with Katie Shirlow (Bann rowing club), Claire Ferick (Neptune Rowing Club) and Caoimhe Dempsey (Trinity College Dublin) to win womens 4- in a time of 6.58.833 over a strong Scottish crew in a time of 7:00.364.

The second event of the day was women’s senior eight where Maguire came away with a second place finish. Dineka is a past rower of Portora rowing club Enniskillen.