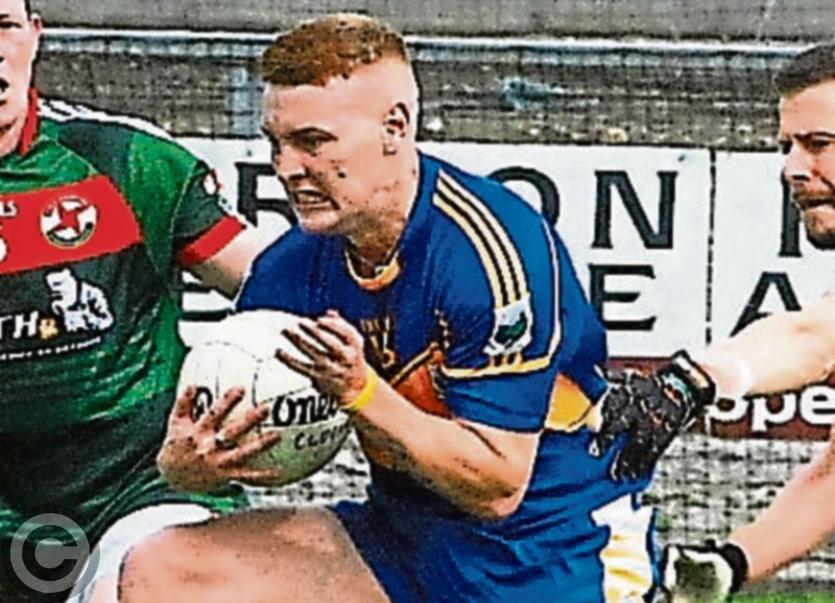 At half-time a Cloone win seemed highly unlikely as Ballinaglera had recovered from the setback of conceding a penalty seconds after the opening whistle, which was duly converted by Darren Carberry.

Two pointed frees from the trusty boot of Seamie McMorrow saw Ballinaglera register their first scores of the game.

Ballinaglera came close to scoring a goal of their own inside six minutes but Seamie McMorrow's effort was brilliantly saved by Cloone goalkeeper Ciaran Casey.

Although three wides were to follow, Ballinaglera were rampant and they drew level with a superb effort from Barry Gilmartin before edging in front courtesy of points from Anton McGourty and Padraig Cornyn.

Another Seamie McMorrow pointed free helped open up a three point lead before Cloone registered their first point of the game in the 17th minute courtesy of Darren Carberry and that was followed within a minute by a Donal Brennan point to leave just a point between the sides.

However, the remainder of the half was dominated by Ballinaglera with Seamie McMorrow converting another free to re-establish a two point lead.

Further points followed from Damian McGourty (two), Wayne Reynolds and Padraig Cornyn to give Ballinaglera a commanding 0-11 to 1-2 interval lead.

It would have been easy for Cloone to throw in the towel at the interval but to their credit they came out for the second half with renewed purpose and their cause was helped significantly when they were awarded a second penalty of the contest, three minutes after the restart following a foul on Donal Brennan. Once again Darren Carberry took responsibility for the penalty and once again the result was the same as he dispatched his shot low to Conor O'Brien's left.

The second half was almost nine minutes old before the second score arrived with Gavin Reynolds advancing well before confidently slotting the ball between the uprights to reduce the deficit to just two points.

Cloone now looked a different force as the confidence began to return to a side who had looked a beaten team at half-time and with the next attack of the game they pounced for their third goal, once again scored by Darren Carberry.

Carberry got the better of Ryan Crawford before powering a shot across the face of the Cloone goal and into the top corner of the net, out of the reach of Conor O'Brien.

A pointed free from Gavin Reynolds and a point from Eoghan Keegan, who had a fine second half, helped Cloone open up a three point lead against a Ballinaglera side who went from being rampant in the opening half to looking devoid of confidence and ideas in the second.

A Seamie McMorrow pointed free, six minutes from the end proved to be their solitary score of the second half while the scoring was completed by Donal Brennan in the closing stages of the contest to put the gloss on an incredible comeback victory.